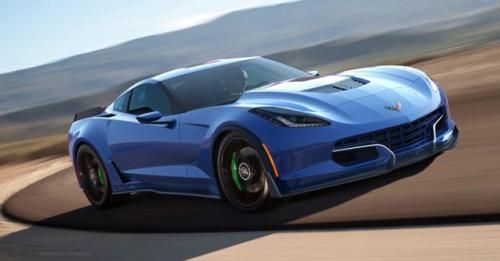 Called the Genovation GXE, the all-electric Corvette uses a twin-motor setup and comes with an optional 7-speed manual transmission. Only 75 units will be produced.

There’s no denying the fact that the current-gen Chevrolet Corvette C7 is a pretty mental car in all its forms and shapes. However, a certain green engineering firm called Genovation thought the Corvette wasn’t just mad enough. Naturally, they junked the V8 motor of the car and replaced it with a twin-motor electric powertrain. The upshot of that is an 800bhp electric supercar that does some crazy performance numbers.

Dubbed the Genovation GXE, the electrified Corvette uses the Grand Sport variant of the car as the donor vehicle for this environment friendly exercise. It has a few design updates that make it stand out a bit though. This includes a new front bumper and round tail-lamps. As for the internals, it comes with a twin-electric motor setup that sends power to a common shaft, meaning the drive goes strictly to the rear wheels. What’s more, the company is offering it with an optional seven-speed manual gearbox in addition to a dual-clutch automatic transmission. Since the electric motors deliver all the 950Nm of torque from the get-go, the GXE can clock 0-100km/h in under 3 seconds, before hitting a top speed of 336km/h!

Genovation plans to build only 75 units of the GXE, each carrying a price-tag of a whopping 750,000 US dollars. Sure, it’s a little too expensive for an electric car that's based on a Corvette, but then it’s also quite unique. While the order books are now open for the Genovation GXE, customer deliveries will begin from 2019. The company will officially unveil it to the public at the 2018 Consumer Electronic Show (CES) in Las Vegas on January 9.