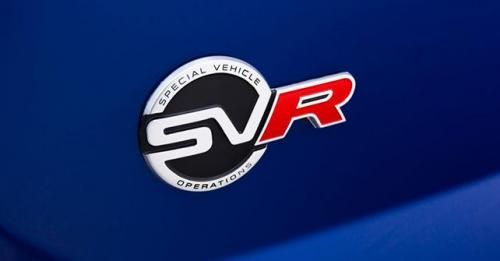 Jaguar has confirmed to debut the F-Pace SVR at the upcoming New York Auto Show.

The New York International Auto Show is scheduled to take place from March 30 to April 8. At the show, Jaguar has confirmed that they will showcase three new cars. While the I-Pace and the Range Rover SV Coupe will only make their North American debut as they were already revealed at Geneva, the third car will be their highlight.

Jaguar has confirmed the hardcore F-Pace SVR will finally be revealed, and it will pack a supercharged 5.0-litre, V8 borrowed from the F-Type SVR. While the official details have not yet been released, the engine in the F-Type develops around 560bhp and 700 Nm of torque. However, it might be offered in a different state of tune. The suspension and brakes will be upgraded in addition to a new exhaust system to let that V8 sing better.

When it comes to design, the F-Pace SVR may not look any different from the standard car, but it might get subtle updates to aid aerodynamics and efficiency. It will gain larger wheels, a redesigned front bumper with larger air vents and a subtle revision to the design at the rear. The interior will most likely remain identical in its layout, but it will get small changes and may be offered with different material options.

Following its global unveil, the hardcore F-Pace SVR is expected to hit Jaguar dealerships internationally by the end of the year.