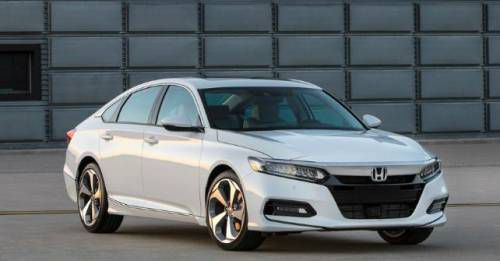 The latest iteration of Honda’s North American best-seller has been revealed.

Honda has taken the wraps off the 2018 Accord - which features an extensive redesign. Now in its 10th generation, the Accord is the bread and butter model for the Japanese company in North America. The latest generation has dropped the coupe body style due to diminishing coupe sales globally, and is now available as a sedan only.

The front fascia of the car has received a bold treatment. On top of the grill is a chrome strip which merges into the headlamps - a characteristic design element of the current generation Hondas. The lower grill is massive in size and gives the new Accord a prominent character. There are also sharp creases around the fog-lamp cluster.

The side profile has a more sweeping silhouette, which is reminiscent of its younger sibling - the Civic. Honda has tried to induce coupe-like roofline in the sedan itself to compensate for the former’s discontinuation. The rear is flanked by boomerang styled tail lamps.

The 2018 Accord is wider, shorter, and lower than the model it replaces, but the wheelbase has grown by 54.8mm for added interior space. The cockpit has been thoroughly redesigned, and the new design theme is much cleaner.  There is a new infotainment system with an 8.0inch touchscreen that ditches Honda’s previously used capacitive controls in favour of old school (and more practical) knobs. A secondary 7.0inch screen is also available for the driver. 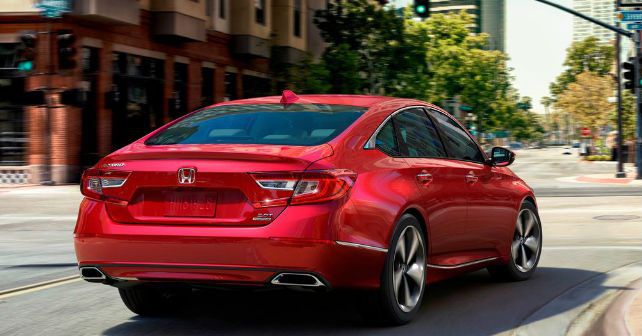 Other features include  wireless device charging, Bluetooth phone pairing with a single tap, 4G connectivity with in-car Wi-Fi among many others. A raft of safety equipment such as collision mitigation braking, adaptive cruise control and traffic sign recognition, lane departure warning, road departure mitigation, blind spot monitoring, driver awareness monitoring, parking sensors and cross traffic monitoring will be offered depending on the model.

Honda has pulled the plug on the V6 petrol motor which was previously offered on Accord in favour of new, equally powerful but more fuel efficient turbo-petrols. Under the hood, the 2018 Accord will be offered with a 2.0-litre, turbo-petrol engine from the Civic Type R capable of developing 252hp of power and 369Nm of torque. A lower-spec 1.5-litre four-cylinder turbo-petrol will also be offered. There will also be a hybrid in future featuring a 2.0-litre Atkinson cycle engine and two electric motors on board.

A segment first will be Honda’s newly developed 10-speed automatic gearbox, which will debut on the 2018 Accord. The new Accord will retain its position as one of the few mid-sized sedans in America to be available with a 6-speed manual gearbox. Optional AWD will be offered for snowy regions. 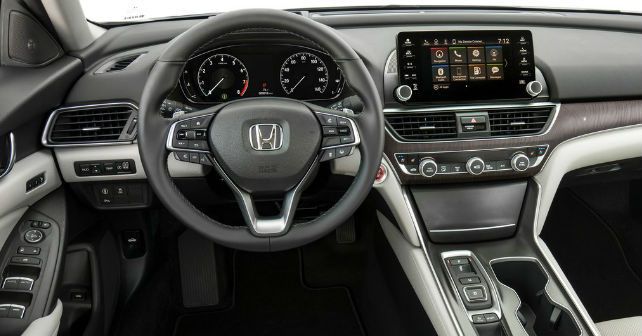 The Accord was an important car for Honda India during the 2000s, but a drastic shift in the market trends coupled with a lack of diesel motor made the Accord’s popularity in India vanish. Honda sells currently the 9th generation Accord in India as a hybrid only. While it is too early to comment on the new-gen model’s India entry at the moment, we hope to see the car in India soon enough as the Japanese car maker works towards producing its 1.6-litre diesel engine here.