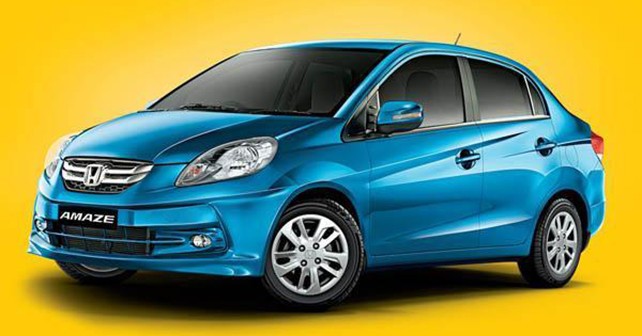 When the Honda Amaze was first launched many of us knew instantly that the entry-level sedan, which based on the popular Brio hatch, would sell like hotcakes. As it turns out we were spot on with that prediction because Honda has just announced that the Amaze sedan has crossed the 1 lakh sale milestone. The compact family sedan clocked phenomenal sales since its launch in April 2013 and has crossed the 1 lakh sales milestone in just 16 months, which also makes it the fastest selling model in Honda Cars India’s history since its inception in the Indian market. The Honda Amaze was also the first ever model from Honda to be offered with a diesel engine – the 1.5 litre i-DTEC – in the country.

Announcing the new milestone, Mr. JnaneswarSen, Senior Vice President, Marketing & Sales, Honda Cars India Ltd said, “Honda Amaze has witnessed great success in the Indian market and the 1 lakh sales milestone only validates its strong presence. Honda Amaze has been a game changer in its segment and has enabled HCIL to reach out to a whole new set of customers experiencing the joy of owning and driving a Honda car. Honda entered the diesel car segment with the Amaze and we would like to thank our customers for the confidence they have showed in us and their support that has enabled the brand to grow from strength to strength.”