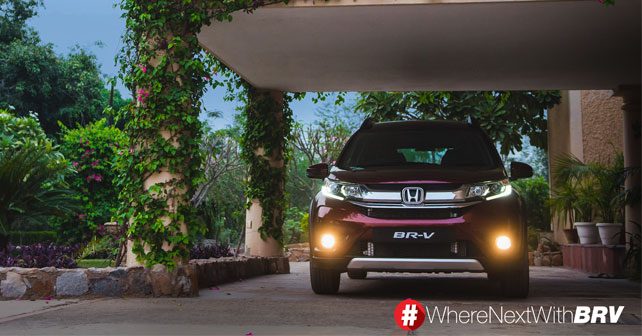 Honda cars India has released a new digital campaign for its upcoming BR-V mid-size crossover as #WhereNextWithBRV. Considering the nature of the segment and the associated image of being adventurous, the new teaser campaign shows the BR-V traversing through a variety of terrain. The campaign will be leveraged on various digital media platforms including Facebook, Twitter and Instagram pages of Honda Cars India.

Under the banner – “Where do you want to go next with the BR-V?” the advertorial campaign will see the new Honda BR-V explore different locations ranging from countryside dirt tracks to twisty mountain roads based on suggestions from an audience. The campaign will be aired for the next 20 days to create a connect with potential customers ahead of its launch. The drive will run over the next 20 days during which videos from the journey will be shared everyday on Honda’s social media channels. People can follow this BR-V journey on HCIL’s social channels as well as the BR-V website.

Commenting on the overall campaign idea Mr. Jnaneswar Sen, Senior Vice President, Marketing & Sales said “Core idea behind the “#WhereNextWithBRV” campaign is to showcase how BR-V offers the opportunity to explore whatever, wherever, whenever. We wanted to create a memorable journey of the Honda BR-V traveling to picturesque locales and inspiring scenes.  Be it a city drive or a weekend getaway to the hills, Honda BR-V is the perfect car to take anywhere.”

We have sampled the BR-V ahead of its India debut on a closed track in Japan.