Honda Brio facelift to be launched in October 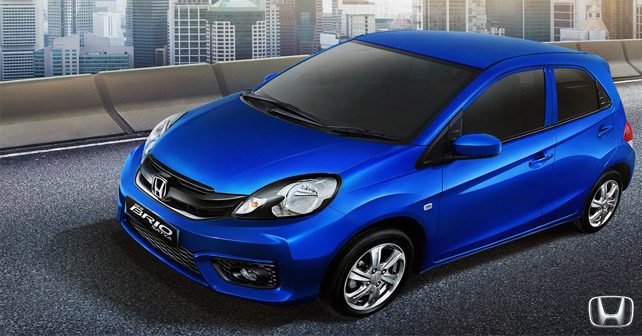 Honda gives the Brio a mid-life update. The refreshed Brio will go on sale in the country around the festive season, early in October.

Honda will be launching the refreshed Brio early in October 2016. Like the recently launched Amaze facelift, updates on the new Brio will mainly be cosmetic in nature with some minor improvements on the mechanical front.

The facelifted Brio made its debut at the 2016 Indonesia Motor Show earlier this year. On the outside, the front fascia of the hatchback has been restyled and it now sports a new bumper design along with a thick chrome grille and re-profiled headlamps with black surrounds. The overall silhouette and the rear design is virtually unchanged from the current model though.

Inside, the Brio gets an all new dashboard that’s borrowed from the new Amaze.  As we’ve seen in the Amaze, the new cabin looks and feels substantially upmarket over the old car's plasticky interior. Among some of the new bits on the inside, the updated model will come with a new steering wheel with audio controls, a new instrument cluster, Bluetooth connectivity and a 2-DIN stereo. Like the Amaze, the top-end variant of the hatchback is expected to come with automatic climate control system. However, the Brio is expected to come with an all-black theme interior instead of the dual-tone beige-black combination of the Amaze.

The new Brio is expected to come powered by the same 1,198cc petrol engine developing 87bhp and 109Nm of peak torque. It will be offered with a 5-speed manual gearbox. However, Honda may replace the old Brio’s 5-speed torque converter in favour of a new CVT gearbox in the automatic variant of the hatchback.

We will be driving the new Brio in the first week of October. Expect the car to be launched around the same time. Stay tuned as we bring more updates from the drive.