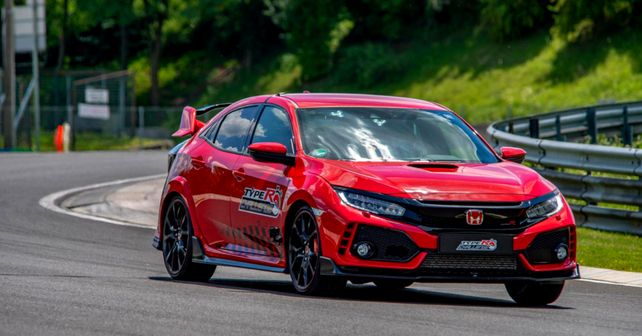 The 306bhp hatchback is the fastest front-wheel drive car to lap the Hungarian circuit.

The Honda Civic Type R has set a new record of 2 minutes, 10.19 seconds at the Hungaroring GP circuit in Hungary for a front-wheel-drive production car. The car was driven by Formula One World Champion and current NSX Super GT driver, Jenson Button.

The Hungaroring circuit is a twisty 4.38km track with 180 degrees corners and a complex chicane, making it one of the more technical tracks in Europe. Honda had set the previous benchmark time for Hungaroring during a similar challenge in 2016, using the previous gen Civic Type R.

Commenting on the Civic Type R, Button said, 'The first thing I noticed when I left the pit lane was how neutral the car was. I come from a background that is not front-wheel drive focused, so it was very different for me but because the Type R is so well balanced it was instantly really enjoyable and more natural.'

The latest gen Civic Type R is the sportiest avatar of the Civic and is only sold in hatchback form globally. The car, which draws its power from a 2.0-litre turbo petrol engine making 306bhp and 400Nm, is claimed to be the fastest hot hatch by Honda.

While enthusiasts in India are not getting the Type R anytime soon, Honda has confirmed that the latest-gen standard Civic saloon will launch in India in 2019. The car will revive the Civic nameplate in India after a six-year hiatus and will be offered with a diesel powertrain for the very first time.