Honda gives the Mobilio a face-lift 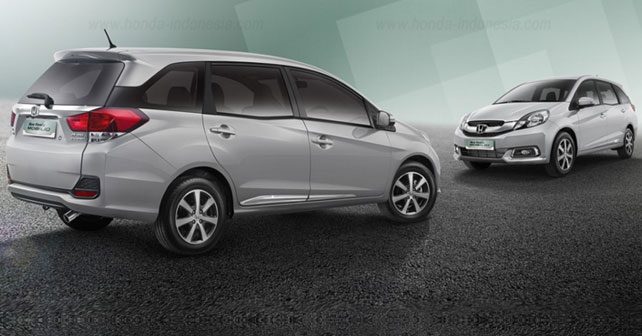 Honda updates the Mobilio with BR-V / Jazz dashboard for Indonesia

Honda has given the Mobilio a face-lift in Indonesia. The updates are limited to cosmetic enhancements on the exteriors that have given the updated MPV a new front bumper with more prominent design elements such as silver surrounds for the fog lamps, a chrome tipped exhaust and new six-spoke alloy wheels.

But the biggest change to the updated Honda Mobilio comes in the form of a new dashboard that it shares with the Jazz and BR-V. The only thing it’s missing is the piano black finish in the centre console. Otherwise, it’s pretty much the same apart from the more conventional HVAC controls which it gets from the upcoming BR-V rather than the touch controls found on the Jazz. The dashboard will be available in two specs, a dual tone combination that will give beige plastics to the lower section while lower end variants get an all black dash. Both colours get some silver plastic inserts. 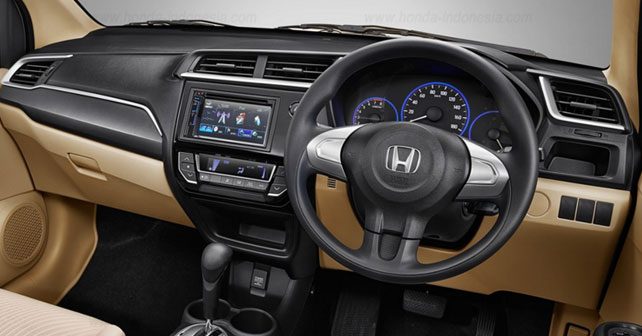 The Mobilio in India comes with the dashboard of the Brio hatchback on which it is based and shares the same with the Amaze compact sedan as well. The same touch screen infotainment system showcased on this Indonesia spec model is already available in the Mobilio RS here. While the Indian Mobilio shares the manual HVAC controls with the Brio and Amaze, this new one gets climate control.

There are no mechanical changes to the Mobilio and the India version will continue to be powered by the 1.2 litre i-VTEC petrol engine and 1.5 litre i-DTEC diesel engine, both of which are offered with a five-speed manual gearbox unlike the Indonesia spec model in the image here which is offered with an automatic gearbox as well.

It is not known if this face-lifted Mobilio will make it to India, but if it does it sure will look more modern inside than the current version.