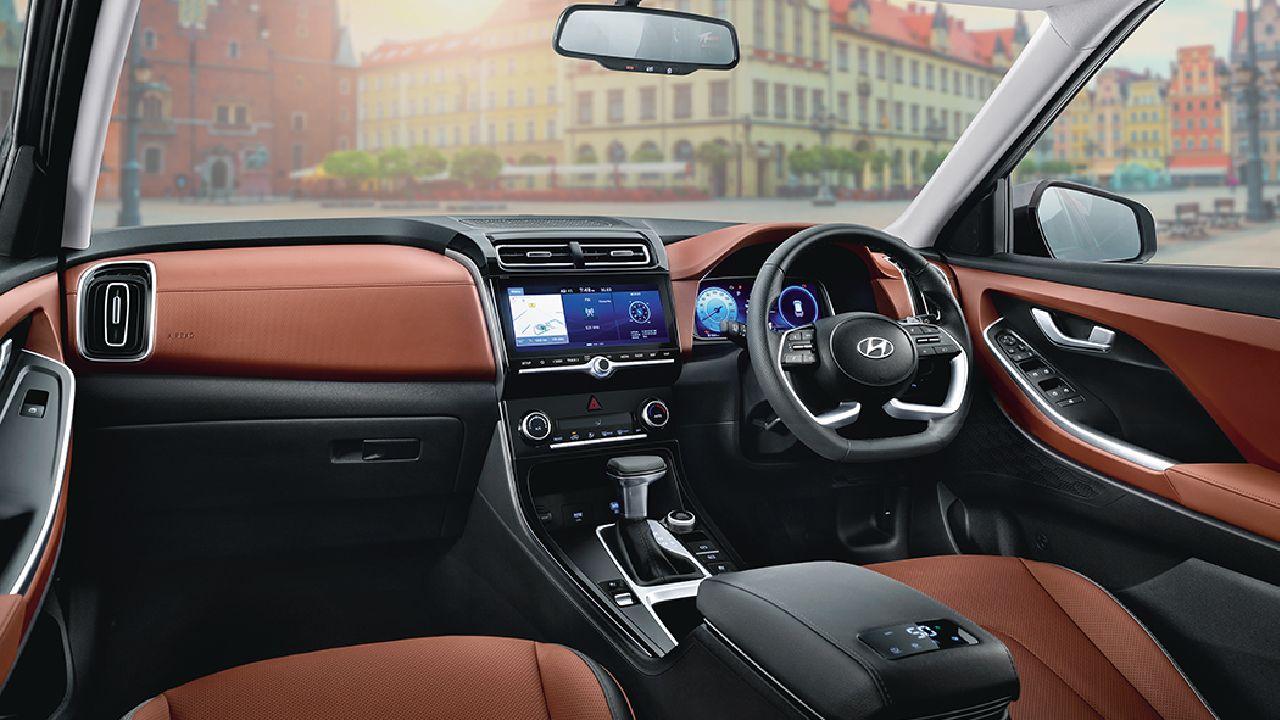 Last month, we reported that Hyundai will launch the Alcazar in the second half of June 2021. Now, the Korean carmaker has revealed the interiors of the upcoming SUV and has commenced bookings.

Hyundai India has commenced bookings for its upcoming seven-seater SUV – the Alcazar. The SUV can be booked for a token amount of Rs 25,000 across all authorised dealerships. Additionally, Hyundai has released clear interior images of the Alcazar. 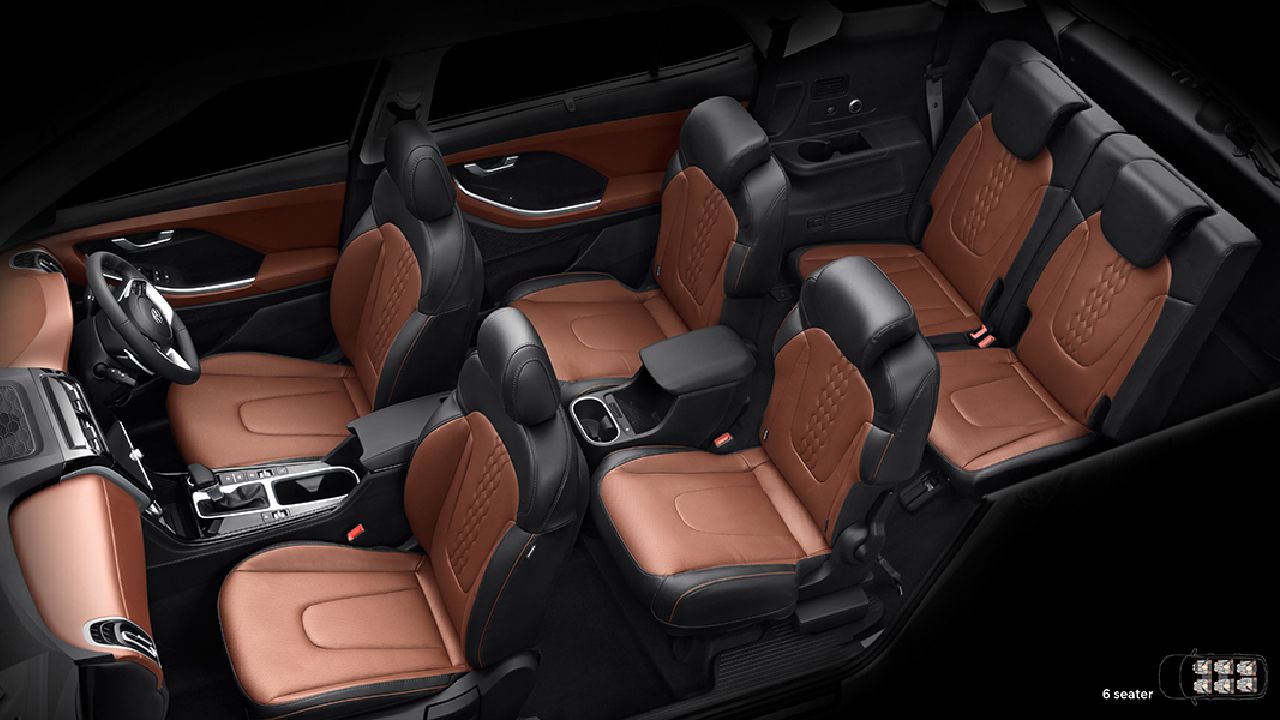 The interior sports a tan-and-black-colour combination while retaining the same dashboard design as seen in the Hyundai Creta. The Alcazar gets a premium all-digital 10.25-inch instrument cluster, which is a first in the segment. Other features such as a drop-down utility board with a retractable cup holder for second-row passengers have been revealed as well. The Alcazar will get an air purifier with AQI display, similar to other cars from Hyundai Group. Furthermore, the Hyundai Alcazar will get eight-way power seats and 64 ambient lighting colours. Hyundai will also equip the Alcazar with a nifty IT device holder. Other first-in-the-segment features include a puddle lamp and an eight-speaker Bose premium sound system. 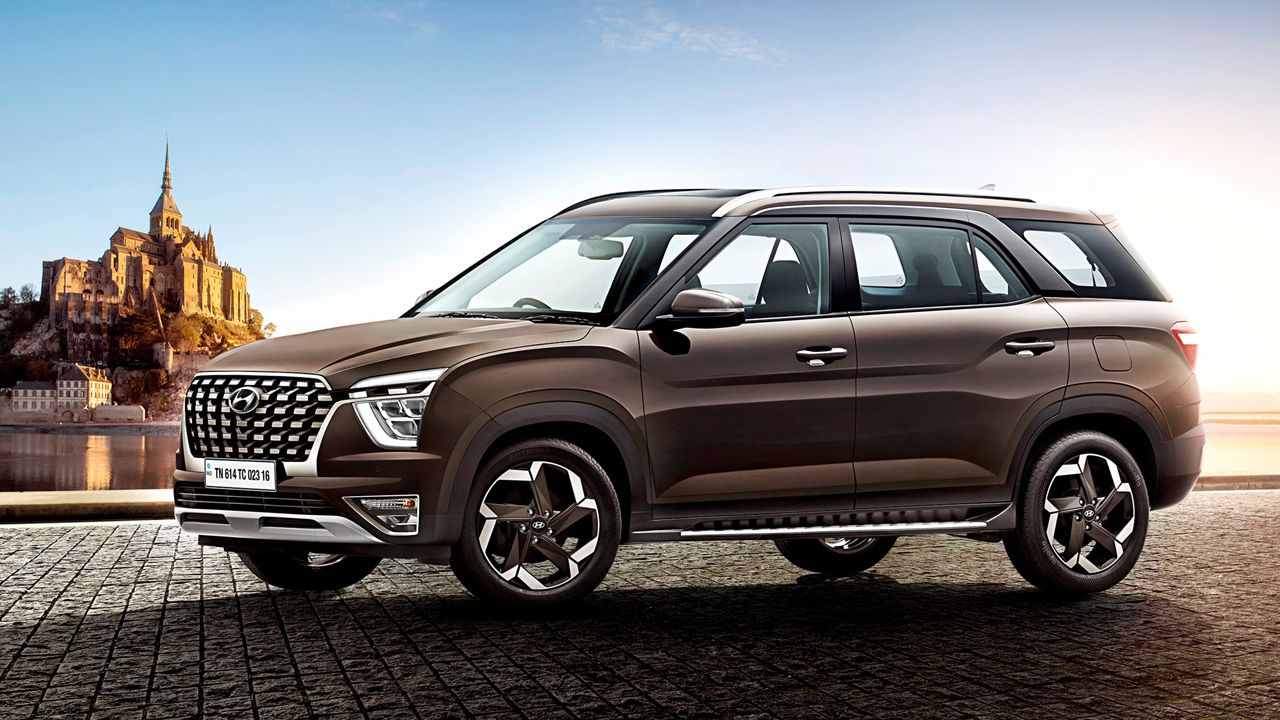 So far, we know that the Alcazar will be offered with two engine options – 1.5-litre diesel and 2.0-litre petrol. The diesel engine is rated at 113bhp and 250Nm, while the petrol motor pushes out 157bhp and 191Nm. Both engines come paired with either a 6-speed manual or a 6-speed automatic transmission.

When launched, the Alcazar will take on the likes of the Tata Safari, MG Hector Plus, and Mahindra XUV500. Expect the seven-seater Hyundai Alcazar to be priced marginally higher than the Creta, in the Rs 12 – 18 lakh range. 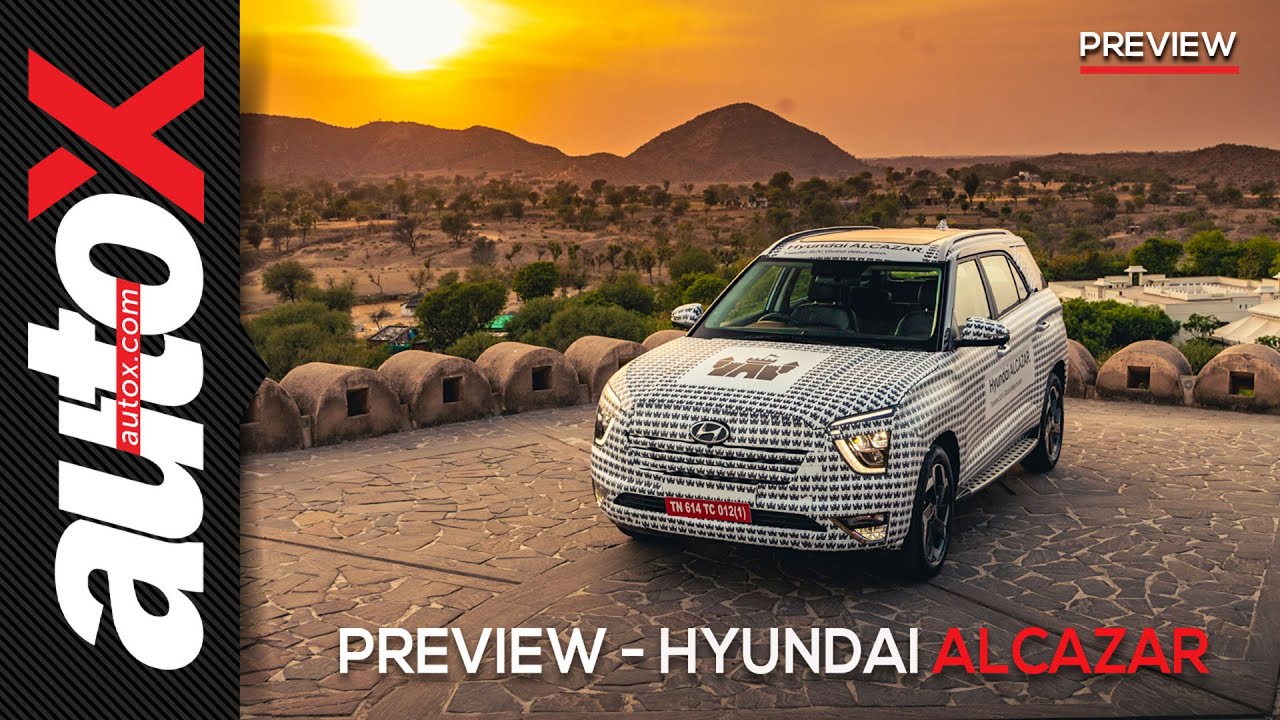