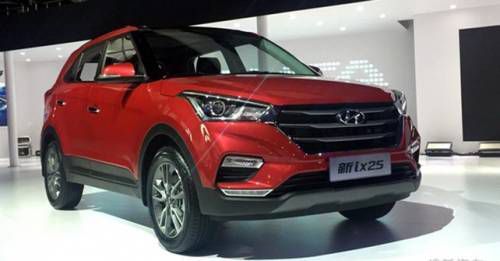 Hyundai has revealed the ix25 facelift at the Chengdu Motor Show. The ix25 is badged as the Creta in India.

The updated Hyundai ix25 has been revealed at the Chengdu Motor Show in China. The ix25 is sold in India as the Creta and an updated version of the Creta is also expected for the Indian market.

The updates seen on the ix25 or the Creta are mostly exterior and interior cosmetic changes to the existing model. Though the changes are only subtle, it gives the Creta a more aggressive and premium look. 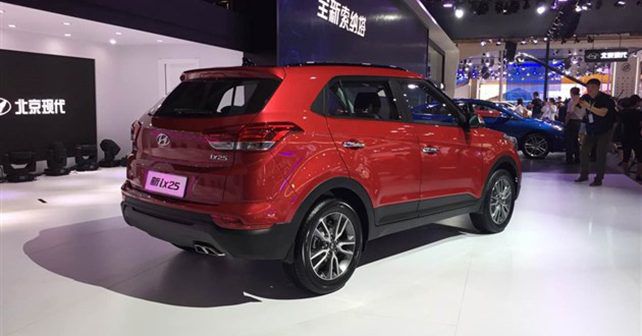 With the new facelift, the front of the Creta gets a new grille with a chrome border which extends to the headlamps. The front bumper has also been re-profiled and the fog lamp assembly has been redesigned with new LED DRLs which are positioned below them. The lower bottom lip of the front bumper is finished in black plastic cladding. At the back, the Creta now gets restyled tail lamps - shaped similar to the current model, a new stepped up rear bumper and dual exhaust tips. The split 5-spoke alloy wheels are also new.

In the Interior of the Creta, the styling of the cabin and dashboard has remained the same, however, the car that was showcased at the show in China featured subtle changes compared to the model on sale currently in India. The dash and interior trims were finished in all black plastics, while the AC vent surrounds were finished in the car’s exterior colour. The stitching on the centre console and the seats feature a similar colour combination. In addition, the switch for the hazard warning light has now been repositioned above the touchscreen infotainment system in place of the digital clock.

The Creta model sold in the Indian market is expected to receive an update soon. The cosmetic changes seen on the car which has been showcased are specific to China. However, customers of the Chinese market and the Indian market have similar taste and demands. but, remains to be seen if Hyundai India will offer the exact same updates and options in the Indian market, especially, with the new all black interior trim.

The current engine line up of the Creta in India includes a 1.4-litre and 1.6-litre four-cylinder petrol engine options, with a 1.6-litre diesel alternative. While a new 1.4-lite turbo petrol has been introduced with the ix25 in China, the Indian market is expected to continue with the same powertrain and drivetrain line up when the car is launched early next year. 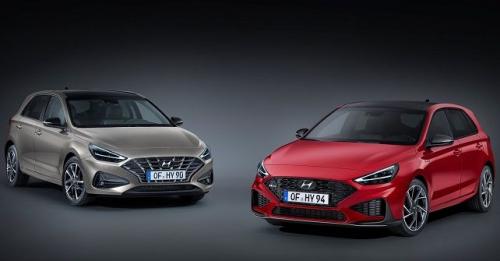 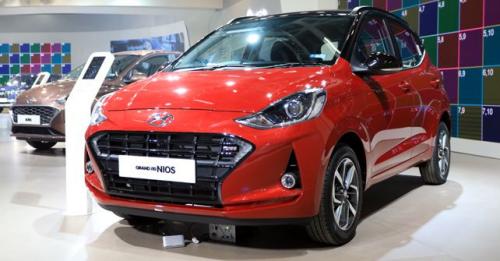