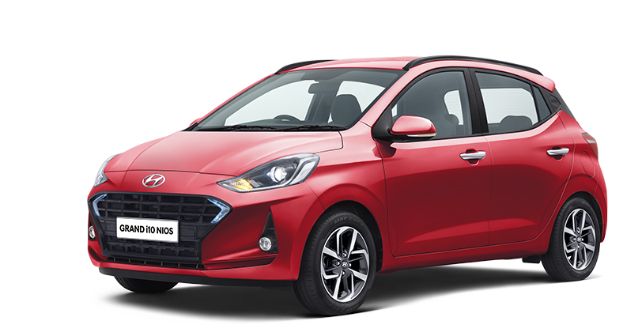 With the launch of the Grand i10 Nios, Hyundai’s product portfolio has become a bit too tightly packed. If you consider the prices of their cars, the Grand i10 - which will continue to be on sale – starts at Rs 4.98 lakh, just about Rs 1,000 lower than the new Nios. The fully loaded 1.2-litre diesel though are priced differently – Rs 7.62 lakh versus Grand i10 Nios’ Rs 7.99 lakh price (ex-showroom Delhi). That being said, Hyundai is likely to reduce the variants of the Grand i10 and restrict it to a petrol engine only. And if history is anything to go by, the Korean carmaker had taken a similar approach with the Grand i10 as well. At the time, the i10 continued to be sold with the Grand i10 taking position as a premium offering.

Now that you know the positioning of the Grand i10 Nios, let’s take a look at the feature list of each of the variants: 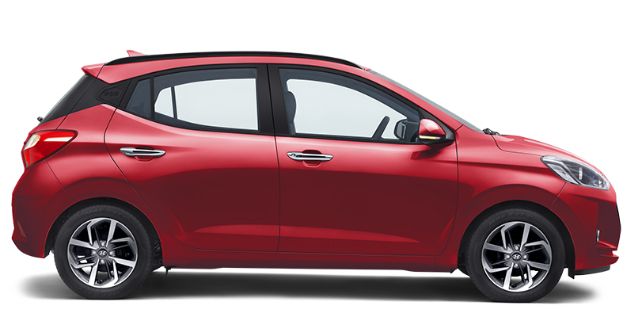 This base variant is only on sale with the 1.2-litre petrol motor and a 5-speed manual transmission. Despite being the most affordable Nios on sale, it packs decent equipment, especially in the safety department. It comes fitted with dual airbags, ABS with EBD, front seat belt reminder and rear parking sensors. Additionally, it also gets front power windows, and a rather informative instrument cluster with distance to empty, average fuel consumption and more. Unlike a lot of other cars, the Grand i10 Nios gets dual-tone treatment to the dash right from the base variant.

Now, this one is the base trim for the 1.2-litre diesel engine option. While the oil burner is only on sale with the 5-speed manual transmission, you can have the petrol-powered Nios Magna in AMT as well. In addition to the features on the Era, this one comes with speed sensitive central locking, day-night IRVM, keyless entry, tilt adjustable steering, electrically adjustable ORVMs, height adjustable driver seat, 2 DIN audio system with USB and Bluetooth, steering mounted controls, rear power windows, rear ac vents and more. On the outside, the Nios  Magna flaunts LED DRLs, gloss black front grille with chrome accents, wheel covers for the 14-inch wheels and more. The petrol AMT also comes with turn indicators on the ORVMs and electrically folding ORVMs. For those looking to buy the Nios but are on a tight, the Magna has pretty all the features you’d need. 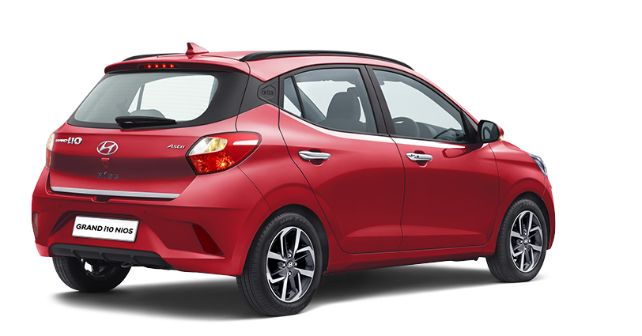 Just like the Magna trim, this one too is available with a petrol as well as a diesel engine option. Having said that, the diesel Sportz variant only comes with an AMT. The petrol, on the other hand, gets a MT as well as an AMT. On the outside, the Sportz trim gets fog lamps, reversing camera, rear defogger, roof rails, shark fin antenna, and more. Inside, this trim also gets an 8-inch touchscreen infotainment with Apple CarPlay and Android Auto. Other features include a cooled glove box, automatic climate control, and gloss black inserts on the dash. For the additional price you pay for the diesel AMT you also get leather wrapped steering wheel and all-black interior. 15-inch diamond cut alloy wheels and wireless charging come only in the dual-tone variants.

This variant only comes with a manual transmission for both engine options. In addition to the Sportz, this one gets a few cosmetic features like chrome garnish on the door handles and at the rear. It also gets button start, rear head restraints, rear wipe/wash a luggage lamp and more. Unlike the Sportz variant, this one gets the 15-inch diamond cut alloy wheels as standard.