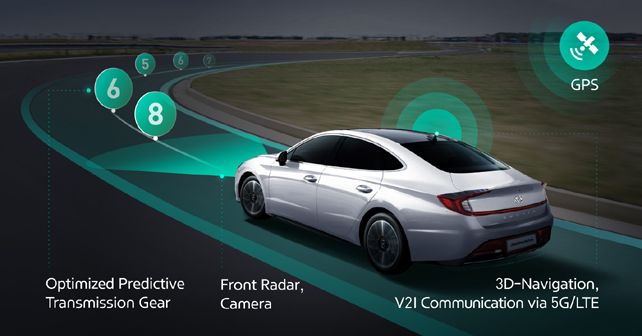 The new AI-based Connected Shift System from Hyundai & Kia performs predictive gearshifts by changing into the optimal gear as per road & traffic conditions.

Hyundai and Kia have jointly developed what can only be described as the world's first Information & Communication Technology (ICT)-based Connected Shift System. This predictive gearshift system, unlike the usual automatic gearshift tech that depends on a driver's preference, changes into the optimal gear as per the road & traffic conditions. Both companies claim they had to file close to 40 patents in both South Korea & abroad during the system's development.

The ICT Connected Shift System works by collecting real-time data from the vehicle's 3D Navigation as well as the front camera & radar sensors. The 3D Navigation also helps in providing data about the elevation, gradient and curvature of the road. The Transmission Control Unit (TCU) interprets all this data with the help of AI-based algorithms and works accordingly. For instance, if the system thinks the car is about to slow down gradually and the radar detects no irregularities with the car ahead, the clutch is automatically disengaged to improve fuel-efficiency.

For the future, Hyundai & Kia are planning to further include driver preferences, interaction with traffic signals (via 5G/LTE communication channel) & autonomous capabilities to the ICT Connected Shift System. As of now, there's no confirmation on which Hyundai or Kia model will get this technology first.