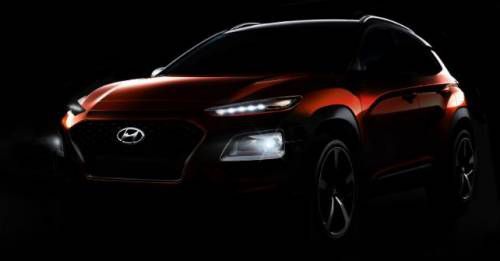 Even before it's official unveil, the Hyundai Kona has made it a habit of making it into the news. It started with a few teaser images which were then followed by some uncamouflaged spy shots and then some more teaser videos. Now, Hyundai has released a few images that reveal the upcoming crossover’s design, and we must say, it looks rather different from the other Hyundais on sale currently. Set to be unveiled later this month, the Kona will be placed below the SantaFe and the Tucson in Hyundai’s product portfolio. 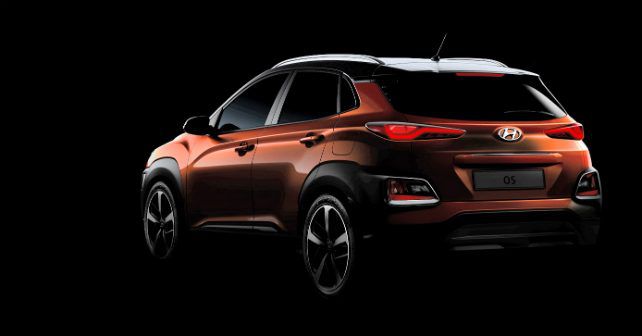 The recent pictures released show that the Kona will be relatively sharper than the rest of the Hyundai product range. That being said, it does retain certain elements that are typical of the brand – like the large hexagonal front grille and the taillamps that look somewhat similar to the ones on the i20. The Kona comes fitted with sleek LED lights at the edge of the bonnet and large projector headlamps at the bottom. To give the bulk that you expect from a crossover, the Kona gets large flared wheel arches, a sharp cut shoulder line and a swooping roof that blends into an integrated spoiler. From the rear, the Kona looks sharp thanks to its sleek taillamps, large bumper with turn indicator inserts. As you’d expect from a crossover, this one too has faux skid plates up front and at the back.

The Hyundai Kona is expected to come with the same engine options as the i20 – a 1.0-litre and a 1.4-litre turbocharged petrol motor along with a 1.6-litre diesel engine. While in India, the Korean car maker has a bunch of launches scheduled for this year including the Creta facelift and the all-new Verna, the company has kept mute about the launch of the Kona in India.