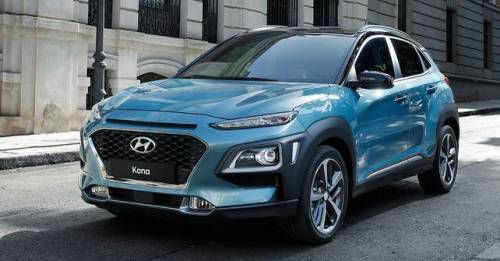 The new compact SUV from Hyundai, the Kona, features distinctive design elements to make it stand out.

Hyundai has officially taken the wraps off its latest compact SUV, the Kona. Named after the Kona district of Hawaii, the Hyundai Kona will be the smallest member of the Korean company’s SUV line-up internationally, thus sitting below the Tucson.

Based on the existing i30 platform, the Hyundai Kona gets radical design elements such as slim LED headlamps, an unusual intake slit above the prominent Hyundai grill and plastic cladding all around the car to give it that all important rugged stance. The rear of the SUV looks unmistakably Hyundai, with the tail lamps following a similar design theme of those found on the Elantra and the i20.

Propelling duties on the Hyundai Kona are handled by a variety of petrol and diesel engines. In the front wheel drive models, a 2.0L petrol churning out 148bhp of power and 179Nm of torque will be used. AWD versions of the Kona will be powered by a much more powerful 1.6L GDi turbo petrol motor producing 175 horses and 265Nm of torque. 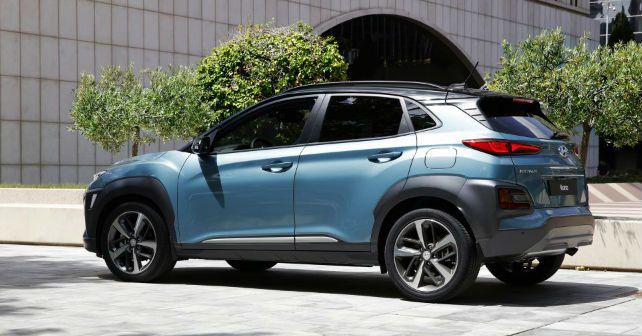 As for the diesel, a 1.6L diesel in various states of tune will be offered for European markets. However, exact power and torque figures of the Kona diesel are unknown at this point.

The new Hyundai Kona is expected to be equipped with all the latest in-car technology such as forward collision avoidance system, heads up display, Qi wireless charging for smartphones, lane keep assist and much more.

Going on sale in Australia and Europe in September and October of 2017, respectively, the Hyundai Kona will go head to head with other entry level SUVs such as the Toyota C-HR, the Mazda CX-3 and the Nissan Juke.

While you may consider the Creta to be the smallest Hyundai SUV, please bear in mind that Kona is targeted at the markets where the Creta is not sold. This includes Europe and Australia. Therefore, Kona’s Indian debut is pretty unlikely at this point.