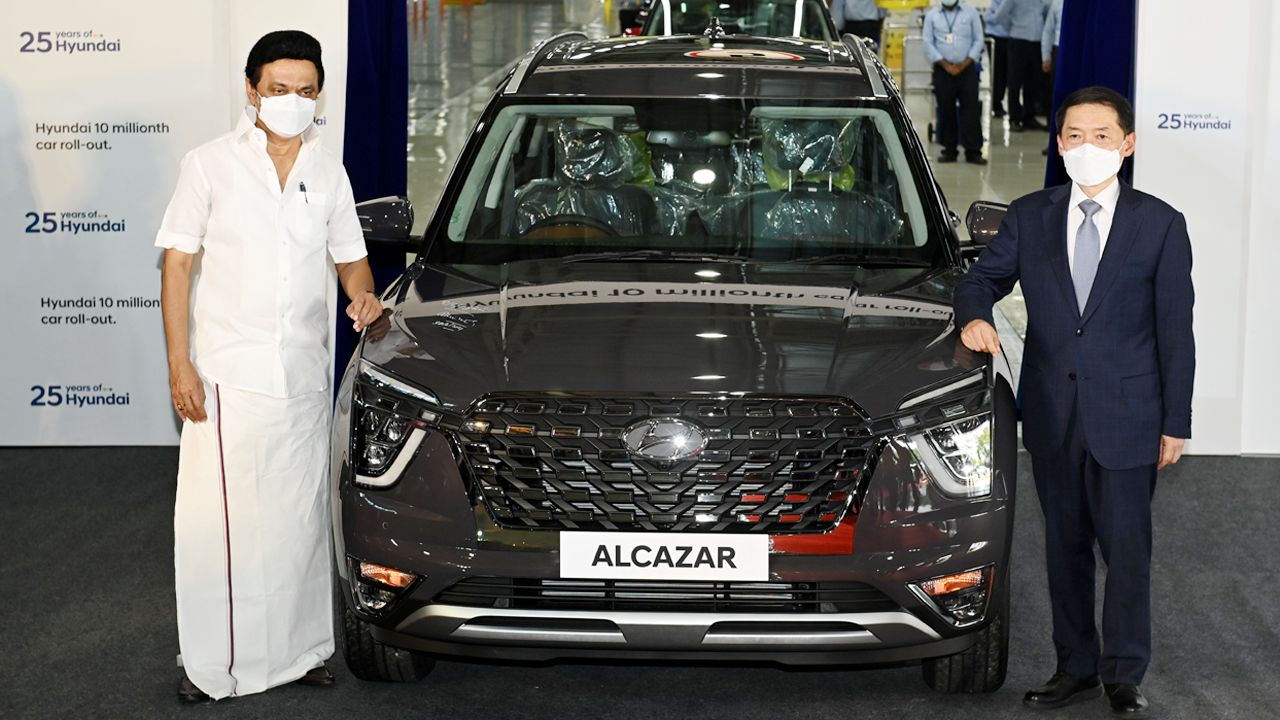 The Alcazar became the 10 millionth unit to roll out of the production line at Hyundai's Sriperumbudur plant.

Hyundai Motor India Ltd. (HMIL) has officially become the fastest automotive brand in India to roll out 10 million cars. It has achieved this feat in a span of 25 years and the recently-launched Alcazar got the honour of being the 10 millionth unit to roll out of the plant. To mark the momentous occasion, HMIL invited Thiru. M.K.Stalin, Hon’ble Chief Minister of Tamil Nadu, to sign the bonnet of the 10 millionth unit.

Sharing his thoughts on the occasion, Mr S S Kim (MD & CEO – HMIL) said, 'This historic milestone of the 10 millionth car roll-out is a testimony of Hyundai’s commitment towards the "Make in India" initiative. Furthermore, it also showcases our vision of boosting the socio-economic development in the state of Tamil Nadu and making the country more self-reliant.'

Alongside this, Hyundai also announced a slew of socio-economic initiatives for the state of Tamil Nadu, that included the inauguration of 'Dream Village Project 2.0' – the construction of a child care centre and a community hall in Katrambakkam village in Sriperumbudur, the launch of an income-generation program (dairy farming) for rural women, donation of five ventilators, etc.

For those not aware, HMIL began operations of its manufacturing facility at Sriperumbudur in September 1998 that was also Hyundai’s first integrated car manufacturing plant outside Korea. To support its growth and expansion plans in India, Hyundai currently has 1,154 sales outlets and 1,295 service centres, covering 862 cities.