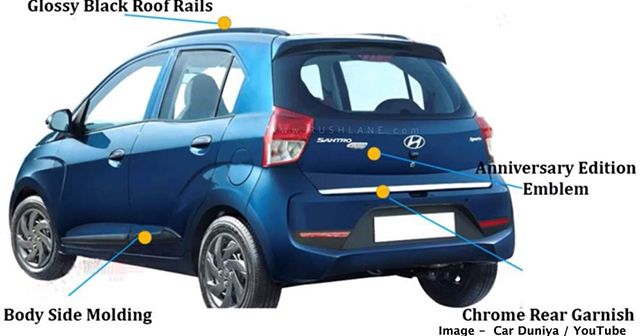 Launched in a single Sportz variant, the Anniversary Edition of the Hyundai Santro is on offer with manual and an AMT option. This special edition gets nine changes from the standard variant

Changes to the outside include gloss black finish on the roof rail, door handles and ORVM casings. The wheels caps have been finished in dark grey. The small hatch also gets side mouldings on the doors, chrome garnish and Anniversary badging on the tailgate. The Santro Anniversary Edition comes in two exterior colour options – Polar White and Aqua Teal. In comparison to the dual tone interior scheme, this one gets washed in a single shade of black to make it look sporty. The car also gets turquoise blue accents around the central air con vents and the gear lever.

Mechanically, this Anniversary Edition is identical to the standard model. It continues to be powered by a 1.1-litre four-cylinder motor that pushes out 68bhp and 99Nm. This engine comes paired with a 5-speed manual as well as an AMT.

The Santro hasn’t quite performed as well on the sales charts as Hyundai would have expected. A number have consistently on the drop – starting at about 8,000 units in January down to around 3,500 units last month. That being said, Hyundai is hoping that the addition of the Anniversary Edition will help boost sales during the festive season. 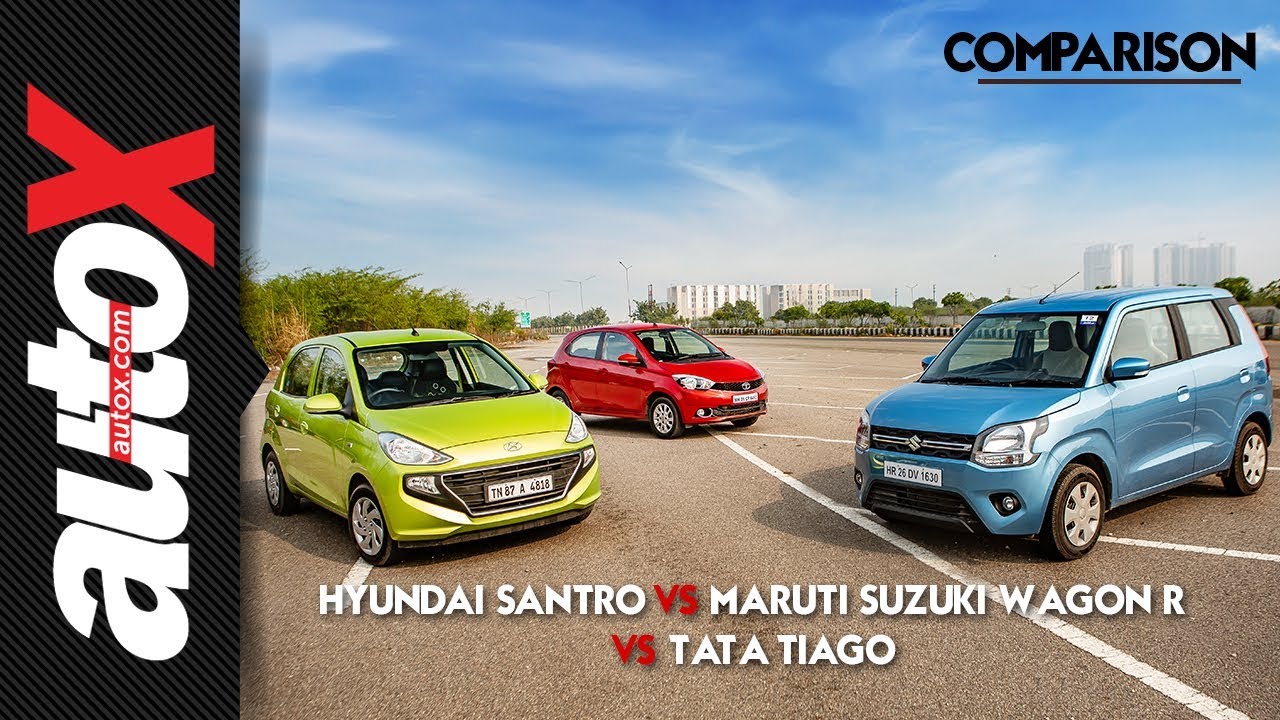