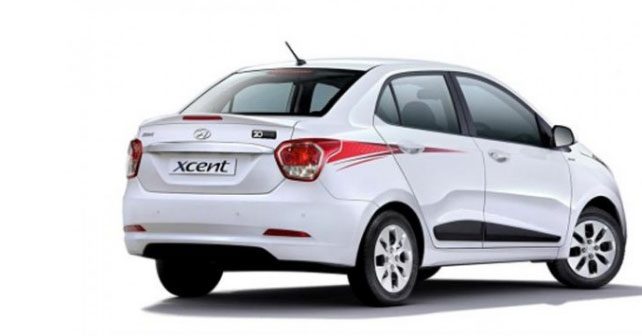 Hyundai is celebrating 20 years of operation in India, and to commemorate the occasion, the Korean auto maker has launched a special edition variant of the Xcent. Billed as the Xcent 20th Anniversary edition, the new model will be offered in the mid-level S trim variant of the car. It is priced at Rs 6.22 lakh (petrol) and Rs 7.15 lakh (diesel), commanding a premium of Rs 16,999 over the standard variants.

Changes on the outside mainly include chrome-finished front grille, a boot-lid spoiler, side decals and a customary ‘20th Anniversary’ badge on the boot.  Inside, the updates are more significant as the limited-edition version gets new black and red dual-tone upholstery along with a 6.2-inch Blaupunkt touchscreen system. In comparison, the standard model gets black and beige interior and a 2-DIN audio unit. In addition to that, the special edition will be offered in two new exterior shades, namely, Pure White and Sleek Silver.

Powertrain remains unchanged, which means it comes with the same set of 1.2-litre petrol and 1.1-litre diesel engines. Both the engines come paired to a 5-speed manual transmission as standard. The petrol version is also offered with an automatic transmission.

Only 2,400 units of the Xcent 20th Anniversary edition will be produced. As part of its 20 years celebrations, Hyundai will also be offering 20 per cent cashback to 20 lucky customers on ex-showroom prices of its cars, fortnightly.