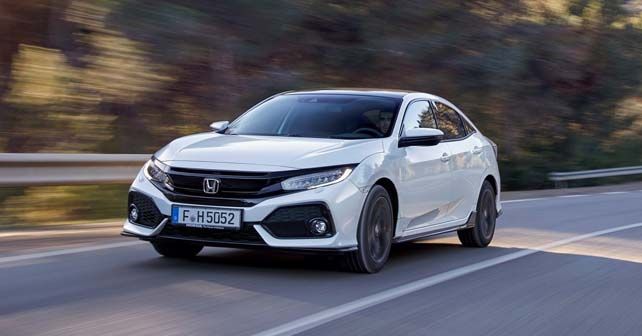 At the 2018 Auto Expo, Honda confirmed that the new-gen Civic will be arriving on the Indian shores by 2019. With the new model, it’s understood that Honda will re-introduce the Civic with a brand new 1.6 diesel engine, alongside an updated version of the 1.8-litre petrol. However, there could be another surprise in the mix – an automatic diesel. And we say this because Honda has just introduced the first-ever diesel automatic version of the Civic in the UK.

Additionally, Honda claims the automatic transmission delivers linear acceleration through the gears, and depending on the engine speed and throttle application, the gearbox can ‘skip’ gears for a quicker response. For example, it can downshift from 9th to 5th or from 7th to 4th gear, if need be.

If Honda brings this diesel automatic version of the Civic to India, it’ll definitely help increase the appeal of the upcoming sedan among car buyers here. Sure, customers in the premium segment are now moving towards petrols, but there will still be a good chunk of buyers, who prefer an automatic with a frugal diesel engine instead of a thirsty petrol.

Not to mention, a diesel Civic automatic will be able to compete with established rivals – the likes of the Toyota Corolla, Hyundai Elantra and Skoda Octavia – in a more efficient manner.