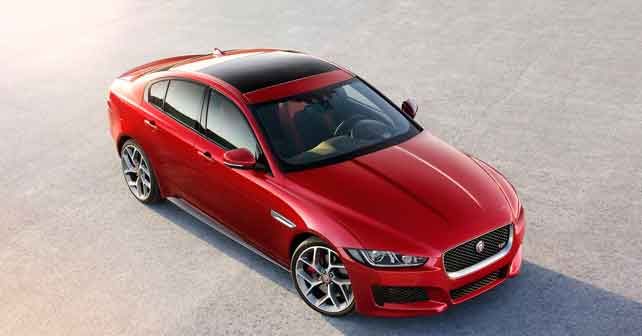 Jaguar India has commenced bookings for its new luxury saloon, the XE. The company has announced that it will launch the all-new XE on the 3rd of February, 2016. The new Jaguar XE will compete against the likes of the Audi A4, BMW 3 Series and Mercedes-Benz C-Class. The XE though will be the only car in its segment to be underpinned by an aluminum intensive architecture. Factoring these and a few other aspects in mind, expect the Jaguar XE to be priced at around a 10 to 15 per cent premium over the price of say a BMW 3 Series.

Jaguar has stated that the company will be launching the XE initially with a choice of two petrol engine choices. The engine in question is an equally new 2.0 litre, four cylinder motor under the Ingenium family. This engine will be offered with 197bhp of max power and 279Nm of peak torque or 237bhp of max power and 339Nm of max torque. Both engines will be offered with an eight-speed automatic transmission.

“The All-New Jaguar XE displays levels of innovation never seen before in this segment. Coming from an impeccable lineage of extraordinary Jaguar sports saloons, we are confident that XE’s thrilling performance and dynamic design will set a new standard for excellence and will be a game changer in the segment. The launch of All-New Jaguar XE in petrol in February this year will flag-off our journey to enter into a new territory and mark a significant milestone in the expansion of Jaguar’s product offering in India,” said, Rohit Suri, President, Jaguar Land Rover India.