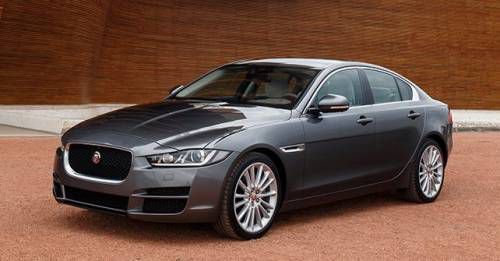 Jaguar Land Rover has launched the Jaguar XE 2.0 diesel in India for an ex-showroom, New Delhi price of Rs. 38.25 lakh.

Jaguar’s smallest sedan, the XE has now been launched with a diesel engine in India. At the moment, only the entry level, Pure trim price has been revealed to be priced at Rs 38.25 lakh (ex-showroom, New Delhi).

The Jaguar XE was launched in India in 2016 at the Auto Expo. At the time, it was only offered with a petrol engine. Now however, Jaguar have lauched the XE with a diesel engine.

The XE is powered by a 2.0-litre four-cylinder turbo diesel engine from JLR’s Ingenium family of powertrains. This engine develops 177bhp and 430Nm of torque. Power is sent only to the rear wheels through an 8-speed automatic gearbox. The XE diesel can accelerate from 0-100km/h in 7.8 seconds and has a top speed of 228km/h.

Visually, the car remains identical to the petrol version and the equipment list is similar as well. The dashboard has an eight-inch touch screen infotainment system with smartphone connectivity, navigation, Bluetooth, USB and AUX inputs. You get leather upholstery with electronically adjustable seats, a panoramic sunroof, dual zone climate control and more.

The XE gets a list of safety equipment as standard like brake assist, ISOFIX, six airbags in addition to many other features. The XE competes in the premium sedan segment against the Mercedes-Benz C-Class, Audi A4, BMW 3 Series and the Volvo S60.