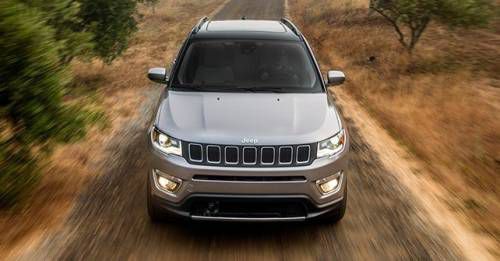 The Jeep Compass, owing to its brand name along with an astonishing price has been received well by Indian consumers.

Jeep India’s first locally manufactured model, the Jeep Compass has accumulated over 8,100 booking soon after being launched on July 31st at a jaw dropping starting price of Rs. 14.9 lakh (ex-showroom). The Compass is manufactured at the Ranjangaon facility which is a part of the joint venture between the Tata Group and FCA.

To meet the growing demand, FCA is reportedly trying to ramp up production of the model by adding an additional shift of workers at the plant for six days a week. This is expected to ramp up the production of the Compass by up-to 20-25 per-cent. Interestingly, Tata Motors will be sharing the same manufacturing facility with FCA to produce its new Nexon compact SUV.

In India, the Jeep Compass is offered in three variants - Sport, Longitude, and Limited. The Compass comes with a 2.0-litre, 4-cylinder turbocharged Multijet diesel engine which develops 172bhp and 350Nm of torque. In the top trim, the diesel powered Compass is offered with SelecTerrain 4WD system as well. A 1.4-litre, 4-cylinder turbo petrol engine which churns out 160bhp and 250Nm of torque as well. A 6-speed manual gearbox is offered as standard, however, the petrol engine also comes with an optional 7-speed dual-clutch transmission. The automatic diesel model of the Compass is expected to be launched next year.

The Jeep Compass with its competitive pricing takes on other products in the market like the Hyundai Tucson, Tata Hexa, Mahindra XUV500 and even higher variants of the smaller Hyundai Creta.  In 2018, FCA India is expected to launch another product which may also be locally produced to remain competitive. This model will be the Jeep Renegade and will compete directly with the Maruti Suzuki Vitara Brezza, Ford EcoSport and the Renault Duster. 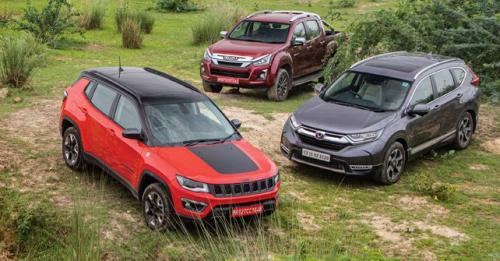