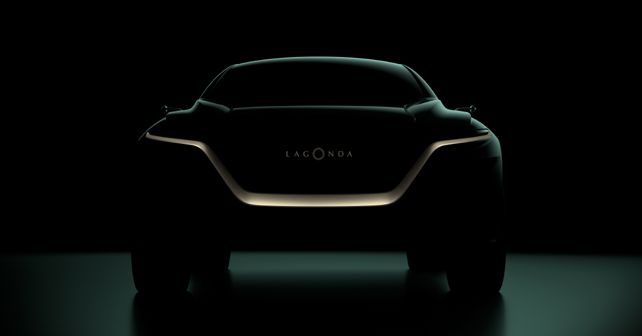 Aston Martin has once again chosen the coveted Geneva Motor Show for the debut of its second Lagonda Concept vehicle.

Aston Martin has chosen the upcoming 89th Geneva International Motor Show to showcase yet another Lagonda Concept. The successful relaunch of Lagonda as a luxury zero-emission brand at the premier motor show's 88th edition was followed by a simultaneous reveal of the Lagonda Vision Concept. This time, however, the British marque has dropped a teaser of the Lagonda All-Terrain Concept (ATC) ahead of its debut in March. What makes Lagonda ATC special is that it will be the brand's first production model to feature zero-emission powertrain technologies.

While the Lagonda ATC will be the star attraction, it will be joined by Aston Martin's three other hardcore performance cars: the Vantage, DB11 AMR and the DBS Superleggera. Out of the three, the Vantage and DBS Superleggera will feature bespoke personalisation work done by Aston Martin's premiere styling house, Q by Aston Martin. While the styling and powertrain details of the Lagonda ATC have not been revealed yet, we'll have to wait for the car's debut to find out more about it.

Andy Palmer, Aston Martin Lagonda President and Group CEO, said: 'The ways in which automotive brands reveal new product has changed beyond recognition in recent years, but there’s still something compelling about the unique atmosphere of a great motor show...the Lagonda All-Terrain Concept offers explicit clues regarding what will be the first Lagonda model to enter production, and further demonstrates how Lagonda’s zero emission powertrain enables us to create spectacular cars that will radically redefine their sectors of the market...'