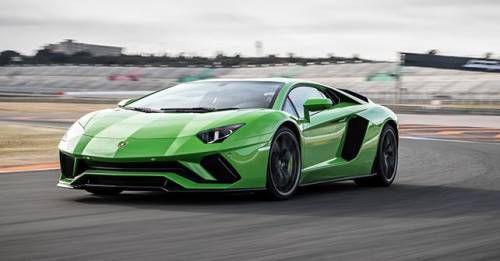 Corresponding to its global market launch, Lamborghini is set to bring in the 730bhp Aventador S in India on March 3.

After the Aventador and all its variations found happy homes in India, Lamborghini has decided to launch its brand new steroid injected cousin in the Indian market as well. With the engine turned up to eleven, the Aventador S will see its Indian market launch on March 3rd.

In addition to the boost in power, the Aventador S also gets subtle cosmetic changes. But that’s not all, as Lamborghini has also thrown in some clever stuff like the dynamic four-wheel steering from the bespoke Centenario. In addition, it retains its all-wheel drive system, which however has been retuned to be able to send 90% of the power to the rear wheels.

Aside from the Strada (Street), Sport and Corsa (race) modes, a new driving mode called ‘EGO’ has been provided for added pleasure for the driver to set up the car as they wish. The interior has also been given slight updates with the key change being the addition of the TFT touchscreen infotainment system which also features Apple CarPlay.

When the Aventador S was first introduced in December last year, Lamborghini had announced that the car will hit the global market in Spring 2017. India seems to have proven itself as a major super/hyper car market. Due to which Lamborghini has decided to launch the car in India simultaneously.

While the Aventador S in Europe costs around €281,555 (~ Rs. 2 crore), in India. The standard Aventador is priced at Rs. 4.7 crore due to the way India’s taxation structure is set up. Therefore, we expect the Aventador S to be priced around the Rs. 5-6 crore margin.