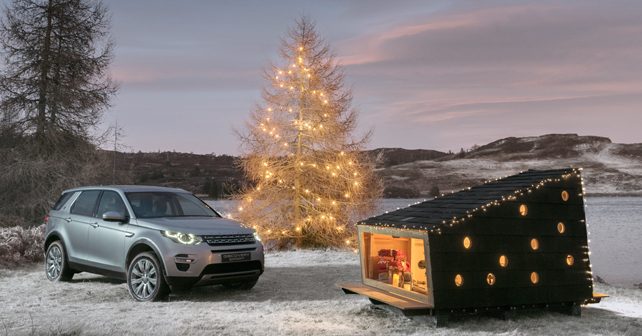 Land Rover, in partnership with Danish firm LUCO, has built a unique transportable cabin that fits inside the vehicle, and can weather extreme cold temperatures.

Ever fancied to take the ‘warmth’ of your home along on a roadtrip? Worry not, Land Rover and Danish architecture firm LUCO have finally come up with an answer for your yearnings. They have created a “cosy cabin” that can be ferried around over the festive getaway this Christmas.  And you don’t need to lug it around the back of your vehicle everywhere you go. The cabin can be folded and fitted inside your vehicle – albeit it has to be a Land Rover Discovery Sport.

In Land Rover’s words, the company believes that there is a growing trend for off-grid living and ‘wilderness cabins’ these days. And this is something that’s in line with Land Rover’s “go anywhere” philosophy. As a consequence, the cabin has been designed and engineered to withstand all kind of weather conditions. In fact, you can take it to temperatures as low as -20°C. 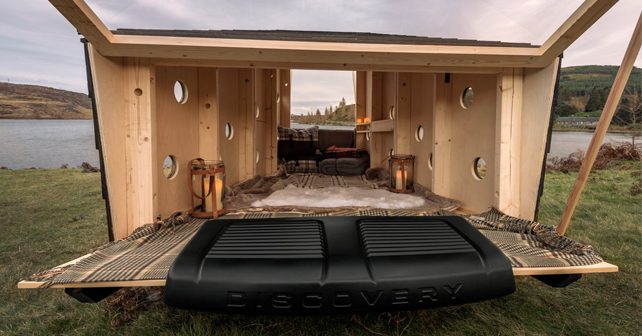 At this point you must be wondering what it is made up of - it’s basically a wooden cabin that’s made of sustainable materials so as to have a minimal impact on the environment. The cabin rests on 212mm wooden struts, making it of about as high of the ground as the Discovery Sport's floor. It also shares several features with the vehicle, such as an optional tailgate seat on the deck, wide horizontal door opening and large windows that do not hamper the breathtaking landscape views surrounding you. There’s also a solar charger on the roof, while you can connect stuff like lights and kettle to the vehicle’s 12V power socket.

Land Rover says that it has utilized every bit of the Discovery Sport’s space to carry the cabin’s components including the glove box, cup holders and door bins - which're filled with nuts, bolts and festive decorations. This also means the rear seats have to be folded down flat and there’s only space for two people to travel including the driver. Even the cabin for that matter can only fit two people. Now this might cause a bit of an inconvenience to those having a big family or children, but that's about the only problem with it really... 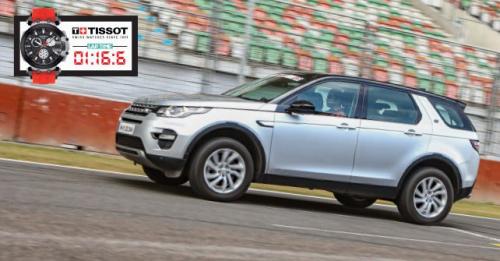