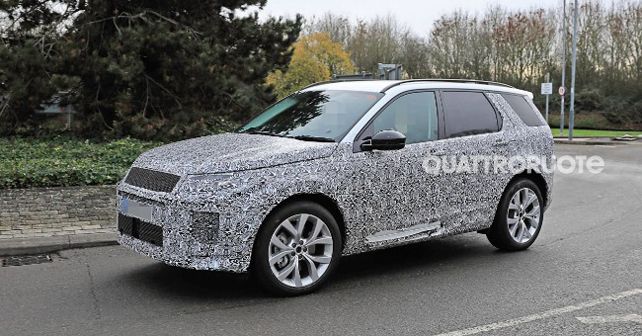 The new iteration of Land Rover's entry-level model in India, the Discovery Sport, is expected to receive a facelift (and not a makeover) soon. India launch expected sometime in the middle of 2019.

Land Rover is expected to reveal an updated/facelifted version of the Discovery Sport in the international markets sometime this year, as suggested by the spy shots caught by our Italian partner Quattroruote. While the test mule can be seen covered in heavy camouflage, there are a quite a few bits which differ from the existing model. For starters, both the bumpers now don a bolder profile and look, which seems synonymous with the design language of the Velar and the newly-revealed Evoque. 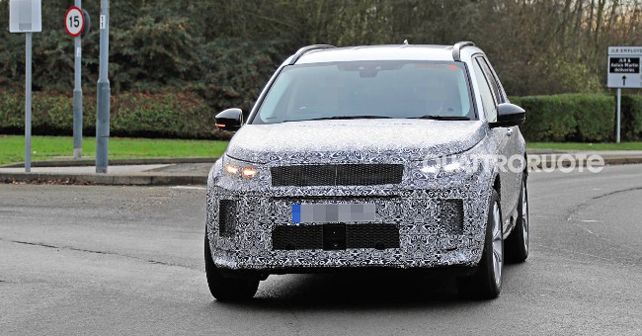 While the rear might not feature too many changes (apart from a new bumper and LED taillamps), its the front profile of the new car which will differentiate it from its predecessor. The current model can't really be said to have bold styling, on the contrary, it is pretty conservative, especially at the front. On the new model though, Land Rover seems to be making some big changes, as evinced by the new Velar-inspired grille and large, vertical air-intakes. Even the centre air-dam and side air-ducts seem to be wider and taller while the headlights appear to be much sleeker.

As for the changes inside the cabin, the new Discovery Sport is most likely to feature Land Rover's Touch Pro Duo infotainment system with a dual-touchscreen interface. While it may not sound like much, the new infotainment system will introduce touch buttons for a majority of the car's feature operations which will result in more or less a complete makeover of the dashboard design and layout. A crucial change, based on speculation, will be seen in the undercarriage of the new Discovery Sport which will be redesigned in order to accommodate the hybrid powertrain paraphernalia. 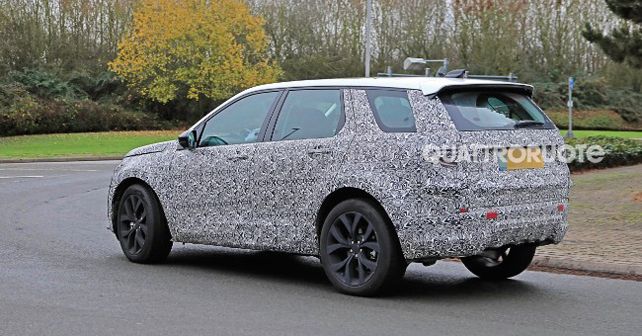 While the global markets are likely to get multiple engine options, including a 1.5-litre three-cylinder motor, Land Rover is most likely to continue with same engine line-up as found in the current offering, until a completely new model makes way in 2022. In India, the Discovery Sport gets a 2.0-litre, four-cylinder diesel motor which develops 148bhp and 382Nm of torque (only in the base variant). Land Rover recently upgraded the power and torque output in the higher SE and HSE variants to 177bhp and 430Nm. It competes with the likes of the Volvo XC30, BMW X3 and the Mercedes-Benz GLC.