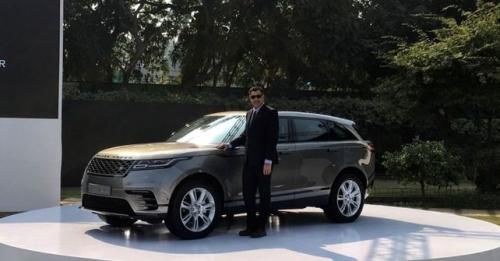 While official prices were already announced last month, it is only now that Land Rover has commenced deliveries of the Velar.

Land Rover has officially launched its Range Rover Velar in India at a starting price of Rs. 78.83 lakh (ex-showroom, pan-India).

The Velar is the fourth member of the Range Rover series and slots in between the Evoque and Sport. It is underpinned by the same modular Lightweight Aluminum Architecture found on the Jaguar F-Pace. Being a Land Rover, the Velar comes with standard AWD alongside Land Rover’s signature Terrain Response System.

While this handsome SUV may not be a flagship, it still comes loaded to the brim with JLR’s greatest tech. For instance, dual ultra-wide 10-inch touch screens are found inside its cabin - one, as you’d expect, serves as interface for the infotainment system - while the other, which sits lower in the dashboard, takes care of the HVAC controls and the AWD system. The infotainment system setup is powered by an Intel-sourced quad-core processor and comes with a high speed 60GB solid-state drive and ethernet network support. 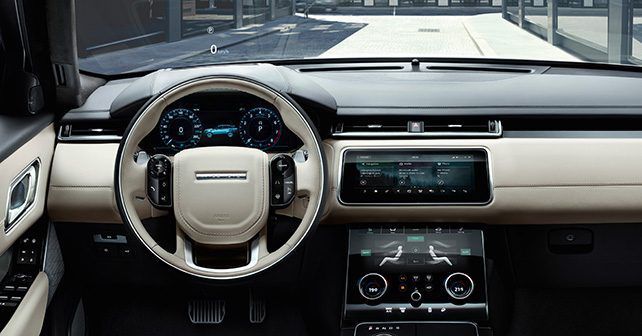 Engine options include a single petrol unit, which extracts 247 horses from a 2.0-litre motor. On the other hand, those looking for diesel have two options - a 178bhp 2.0-litre, and a big 3.0-litre 6-cylinder with 296bhp. The ZF 8-speed automatic transmission is the only available gearbox option, irrespective of the engine chosen.

While the base model of the Velar costs Rs. 78.83 lakh, you have to shell out Rs. 1.38 crore to get the fully spec'd First Edition variant.