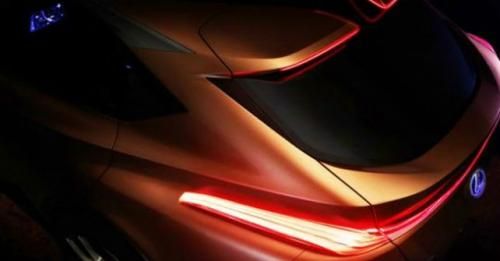 Lexus is all set to officially unveil this new concept at the upcoming 2018 Detroit Auto Show in January.

With just about a month to go for the 2018 Detroit Auto Show, Lexus has released a teaser image of their crossover SUV concept – LF-1 Limitless Concept. Currently, the luxury car maker already has the RX range in its product portfolio. If this one goes into production it is likely to sit above the RX in the company’s line-up. The manufacturer claims the LF-1 Limitless to be "a striking new concept that reflects the next genre in luxury crossover vehicles."

While the teaser image released has been cropped smartly, but it doesn’t hide some of the design details of the soon to be unveiled concept. For one, the design language will continue to be as sharp as their current crop of products. The LF-1 Limitless has a steeply rake out C-pillar – much like the RX model that is already on sale across the globe. The LED taillights are authentic wraparound kind stretching from one wheel across the tailgate to the other wheel arch. The Lexus emblem below the taillight has a blue backlight, which hints towards it sporting a hybrid powertrain. But the most interesting design element is the cut-out roof-mounted rear spoiler with integrated brake light. It is also a cut out for the glass roof panel.

While details of the concept are still few and sketchy, in the official release Lexus says it will be the flagship model for the brand. This leaves us with no doubts that it will be positioned above the RX. The 2018 Detroit Auto Show is scheduled to begin on January 13.