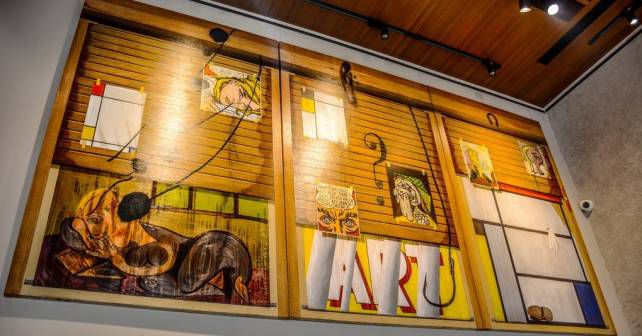 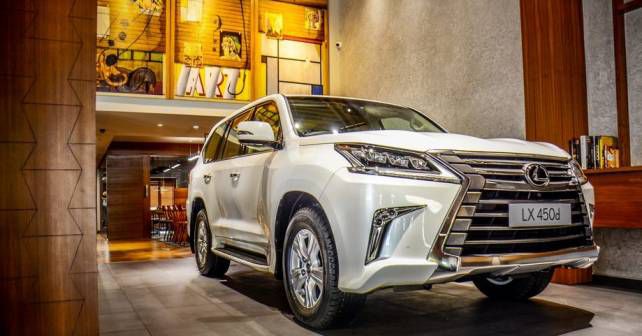 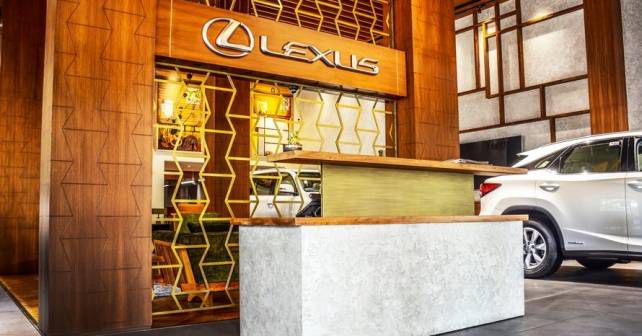 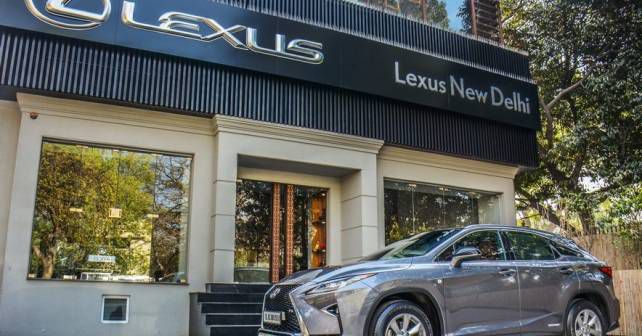 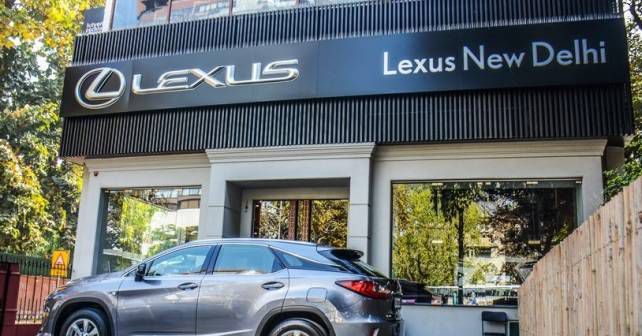 There are plenty of reasons why Lexus has become such a dominant player in the luxury car market across the world. Besides their high quality and extremely reliable products, as well as their outstanding customer service, Lexus also takes their dealership experience to the next level. Akio Toyoda, Chief Branding Officer & Master Driver, Lexus International, says "We don't just transport people, we transport their senses.

Piet Mondrian was one of the artists he has taken inspiration from. Mondrian was one of the founders of the Dutch modern movement De Stijl. He believed that art reflected the underlying spirituality of nature. Mondrian simplified the subjects of his paintings down to the most basic elements, in order to reveal the essence of the mystical energy in the balance of forces that governed nature and the universe. Many elements in the showroom at Lexus New Delhi, take inspiration from the works of Piet Mondrian.

George Nakashima is another influence for the New Delhi showroom. He was a Japanese American woodworker, architect and furniture maker who was one of the leading innovators of 20th century furniture design and a father of the American craft movement. The lounge furniture at Lexus New Delhi has taken inspiration from George Nakashima’s woodcraft.

Finn Juhl was a Danish architect, interior and industrial designer most known for his furniture design has also been an inspiration to Mr. Gupta. The meeting room chairs have been dedicated to the Finn Juhl style. Juhl was one of the leading figures in the creation of "Danish design” in the 1940s and he was the designer who introduced Danish Modern to America (mid century modern furniture).

The pictures in the meeting room at Lexus New Delhi are of two iconic structures in Chandigarh, designed by Le Corbusier. Charles-Édouard Jeanneret, known as Le Corbusier, was a Swiss-French architect, designer, painter, urban planner, writer, and one of the pioneers of what is now called modern architecture. Le Corbusier prepared the master plan for the city of Chandigarh and contributed specific designs for several buildings there. His outstanding contribution to the “Modern Movement” was Mr. Gupta’s motivation to showcase his innovations.

One of the most sought after contemporary artists today, Atul Dodiya has contributed to the Lexus Showroom with his tribute to great artists – Piet Mondrian, Roy Lichtenstein and Pablo Picasso, in his piece “Avalanche Tryptich”, all of who have been great personal influences to Mr. Gupta.

The location of the showroom has also been diligently chosen. Being located in the prime area of Lutyens Delhi, the Lexus New Delhi showroom identifies with the opulence and tranquility of the Lutyens area itself. With the Japanese concept of ‘Omotenashi’ that each member of the Lexus New Delhi team abides by, Mr. Gupta wanted the showroom to be located in an area, which is central and easily accessible for each customer to have a transient journey to.