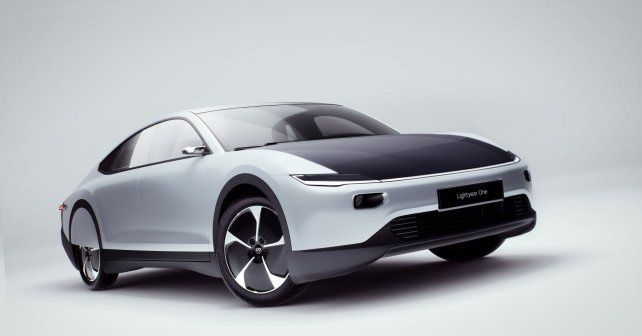 Lightyear One is claimed to have a range of 725km, and it'll go on sale in global markets in 2021.

Dutch start-up, Lightyear, has unveiled its first prototype vehicle, which is a rather interesting one. It’s billed as the Lightyear One. It’s an electric vehicle, but it generates electricity using solar panels. The company plans to put it into production by 2021.

According to its creators, the Lightyear One will have a range of 725km. The car will have five square meters of solar panels across its body, mounted on the roof and bonnet. These panels will help charge the battery at the rate of 12km of range per hour. The company claims these solar cells are 20 per cent more efficient than regular solar cells. Additionally, they are covered with safety glass to protect them from elements.

Additionally, the car can also be charged using a conventional charger using the mains supply. This will have a 60kW fast charging system that will give it a range of 507km per hour of charge. The car will have all-wheel drive, meaning all the wheels will be powered by individual electric motors. The Lightyear One can do 0 – 100km/h in 10 seconds, claims the maker.

Although the Lightyear one is an interesting concept, the production version is going to be priced quite steeply. At the moment, the company is taking pre-orders for the first 500 units at a whopping €119,000 (Rs 93.45 lakh). Now as impressive as the Lightyear One is – on-paper, that is – there’s no denying that it already makes the Teslas look like the bargain of the decade!