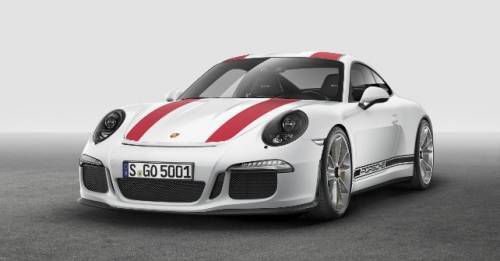 A 4.0-litre flat six pumping out 493 horses and 460Nm, and to the linking of purists comes mated to a 6-speed manual

While Porsche officially launched the 718 Boxter and 718 Cayman recently, there was another Porsche offing that was silently making its way to India. This one, however, was a limited-edition model – the 911 R and it is one out of the 991 units in the world. This exclusive Porsche 911 R was delivered to a car collector, Bhoopesh Reddy from Bangaluru. But what makes this iteration of the 911 unique?

The 911 R pays homage to Porsche’s road-legal rally car that went on sale in 1967 and while it does that, its core values remain pretty straightforward – shed weight and bump the power. With that thought, Porsche has managed to limit the weight of this 911 R to just 1,370kg. To achieve this, the Stuttgart-based carmaker has made use of carbon fibre ORVMs and a magnesium roof. The front and rear windscreen, as well as the windows, are made of plastic. The story on the inside is similar too. The seats are made of carbon fibre. The door handles have been given been replaced by straps that open the doors. Other changes to the 911 R include a specially crafted steering wheel and a shorter gear shift lever. The 911 R also makes extensive use of carbon fibre and aluminium in a bid to save weight. 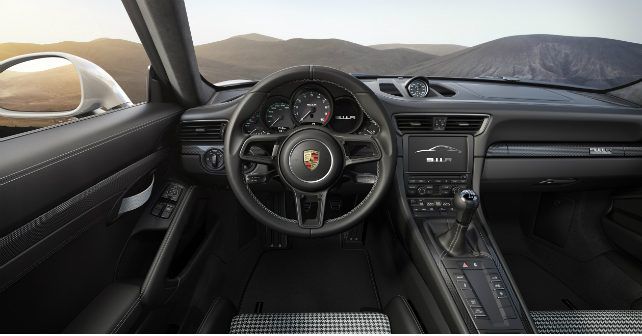 At the heart, the 911 R sports a 4.0-litre flat six unit that produces 493 horses and makes max torque of 460Nm. Much to the delight of purists, the engine comes mated to a six-speed manual transmission. This combination allows the 911 R to touch the 100km/h mark from standstill in just 3.8 seconds and record a top speed of 323km/h. This limited-edition Porsche 911 R isn’t just about its acceleration, it’s also about how it performs around corners. Four-wheel steer, wide 245 and 305 section tyres and massive disc brakes on all four corners makes it as much of a delight to drive on corners as otherwise.

Of course, for all of this a fat cheque has to be written, but for someone who loves their cars and enjoys the thrill of driving, it is every bit worth it.