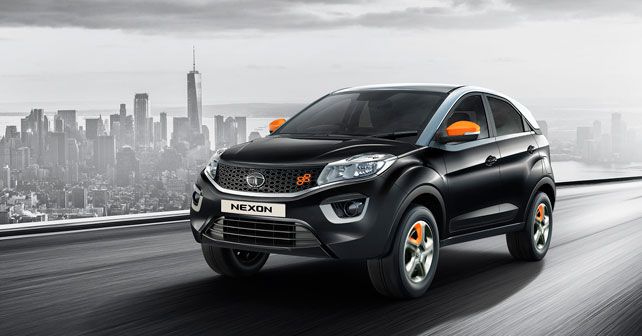 Tata is celebrating two years and 1 lakh units of the Nexon with a limited edition model called the Kraz. The Nexon Kraz features a few aesthetic enhancements to ensure you don’t miss spotting one on the road.

Last year on the 5th of September, Tata launched a first year anniversary model of their compact SUV and called it the Nexon Kraz (pronounced Craze). A year later, here they are again. But this time around, this one is not just an anniversary special, for the 2019 Nexon Kraz is also here to celebrate 1 lakh unit sales of the Tata Nexon.

In celebration, Tata Motors has brought out this new limited edition variant with some pretty unmistakable aesthetic tweaks, just like the 2018 Tata Nexon Kraz. The 2019 model like last year’s car gets some bright trim colour coding on the front grill, ORVM casings and on alloy wheel spokes. Except, this time around the colour in question is tangerine instead of neo green. Other exterior enhancements include an all-new tromso black paint shade complemented by a sonic silver roof paint job. The car also gets Kraz badging on the tailgate. The aesthetic enhancements continue inside the cabin also as there are tangerine inserts on the seat fabric along with tangerine seat stitching, there are also tangerine coloured air vent surrounds. To compliment all the tangerine, the steering wheel and doors get piano black trim elements.

Commenting on the introduction of the latest edition of the Nexon Kraz, Vivek Srivatsa, Head Marketing, Passenger Vehicles Business Unit, Tata Motors, said, “We have always been very proud of the Nexon and since its inception, it has been appreciated by customers and the media alike. We are delighted to have rolled out more than 100,000 Nexons, as it continues to excite customers and retains its status as one of the most appealing cars on Indian roads. Last year, the limited edition Nexon KRAZ became one of our most desirable products, and this year, we are delighted to announce its return with a sportier and trendier second edition. We are confident that the new KRAZ will attract a lot of young customers during the festive season this year.”

The limited-edition Tata Nexon Kraz is on offer with the standard range of 1.5 litre diesel and 1.2 litre petrol engines with a choice of manual and AMT automatic gearboxes. Prices for the Nexon Kraz range between Rs. 7.57 lakh for the petrol manual to Rs. 9.18 lakh for the diesel AMT, ex-showroom New Delhi. 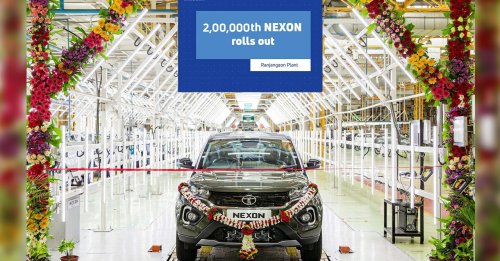