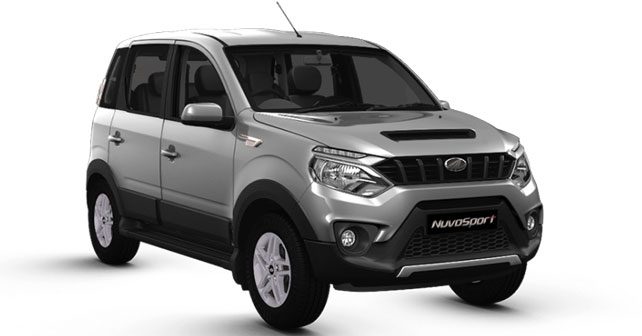 Here is a look at the highlights of the new Mahindra NuvoSport compact SUV.

Mahindra has brought in their second offering into the compact SUV segment with the NuvoSport which may bear styling resemblance to the Quanto but the company states that it is built on its new third generation ladder frame chassis which also underpins the TUV300 and Scorpio. Mahindra has tried to give the NuvoSport a more aggressive stance upfront with a completely redesigned front end. Although the side and rear profiles give away its resemblance to the Quanto, and so do the interiors.

Nevertheless, here is a look at the some of the highlights of the NuvoSport.

1. mHawk100 engine: The Mahindra NuvoSport is powered by a 1.5 litre, three cylinder diesel engine hooked to a two stage turbocharger that allows it to develop max power output of 100bhp @ 3,750rpm and 240Nm of peak torque between 1,600 rpm and 2,800 rpm. Gearbox options include a five-speed manual unit as well as a five-speed AMT unit. This makes it more powerful than the TUV.

3. Safety equipment across the range: Mahindra is offering dual front airbags along with ABS and EBD as standard across the T6 and T8 variants while the T4 variant has them as options available in the T4+ variant.