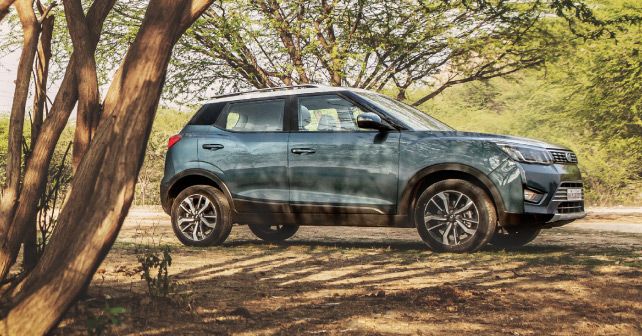 The Mahindra XUV300 AMT is expected to come only in the diesel version and is likely to go on sale before the end June 2019.

That Mahindra’s been working on an AMT-equipped version of the XUV300 isn’t news anymore. The company had made it clear at the launch of the XUV300 in February 2019 that an AMT version will follow later on. And, from what we can tell now, that moment is very nearly here since the XUV300 AMT is all set to go on sale in the country soon. Although there’s no official confirmation on the launch date, we can confirm that the XUV300AMT is going to hit the showroom floors before the end of June 2019.

The Mahindra XUV300 is currently offered with a 1.5-litre diesel and a 1.2-litre petrol engine, and both are offered exclusively with a six-speed manual gearbox. But with the AMT on offer soon, this is about to change. Reportedly, the AMT will be sourced from Magneti Marelli.

Having said that, it’s also speculated that, for now, Mahindra may only launch the diesel-AMT. That’s because the company is currently working on a new BS-VI approved 1.2-litre GDI or direct-injection petrol motor for the XUV300, which is expected to go on sale towards the end of 2019. As a result, the company may not offer a petrol-AMT right now. Instead, a six-speed torque converter is believed to come with the new petrol engine, as and when it goes on sale.

The AMT transmission is expected to be available in all but W4 variant of the XUV300. Expect the AMT-version to command a premium of around Rs 40,000 to Rs 50,000 over its respective manual counterpart. Competition for the diesel XUV300 AMT will mainly include the Maruti Suzuki Vitara Brezza AMT and Tata Nexon AMT.