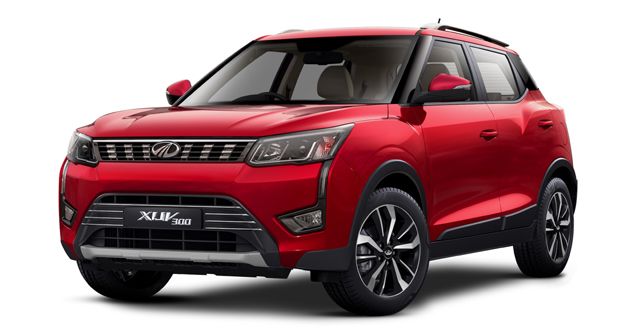 With an ever-growing customer base for AMT variants, Mahindra has introduced the W6 variant of the XUV300 with its autoSHIFT AMT option; W6 AMT becomes the most affordable automatic variant of Mahindra's top-seller.

Mahindra has made the AMT variant line-up of its top-seller, the XUV300, more accessible by introducing a more affordable W6 AMT variant. Priced at ₹ 9.99 lakh (Ex-showroom, Mumbai), W6 becomes the new entry-level AMT variant of the XUV300. For those not aware, Mahindra had introduced the XUV300 AMT in July this year. However, the autoSHIIFT AMT had only been introduced on the range-topping W8 & W8(O) variants. Now though, the AMT line-up starts from W6 (W6 is the second variant from the bottom, above the base W4). However, like before, all AMT variants of the XUV300 continue to be diesel-powered. So, those looking for petrol AMT models will have to look elsewhere.

The 6-Speed AMT box continues to be mated to the same 1.5-litre turbo diesel unit, which generates 115bph & 300Nm of torque. But, the autoSHIFT AMT does bring with itself numerous additional features like a Vehicle Creep mode, ESC (with Hill-Start Assist), kick-down shifts, a driver information system with gear display & down-hill descent mode. Manual transmission enthusiasts also have something to look forward to, as the AMT gearbox also offers a manual shift mode.

The XUV300 W6 AMT is available across all Mahindra dealerships in the country from today & will only be available in three colour options – Pearl White, Aquamarine & Red Rage (applicable to all AMT variants). More recently, Mahindra had announced a monthly subscription-based ownership program (in partnership with Revv), with subscription rates starting from as low as ₹ 19,720. Also, the homegrown carmaker had received a BS-VI compliance certificate from the International Centre for Automotive Technology (ICAT) for the Bolero Power+.