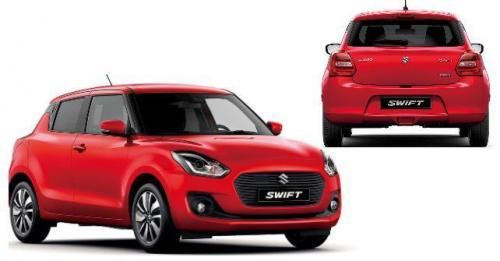 One of India’s most sought after hatchbacks is about to get a major overhaul very soon.

Many Maruti Suzuki dealers have unofficially started to take bookings for the all-new Swift, which is scheduled to launch at the upcoming Auto Expo 2018.

Officially, Maruti has not revealed any details of the India-bound new Swift as yet. However, dealers claim that all bookings which are being taken for the Swift currently are for the new model. Also, certain dealers claim that those who booked the outgoing Swift but could not get one due to stocks depletion are getting the option of transferring their bookings to the new model.

The new Swift is based on the same platform as the Dzire, Baleno and the Ignis – so it is likely to be considerably lighter than the outgoing model. The global-spec model claims to be 10 per cent lighter, 19 per cent more powerful and 8 per cent more fuel efficient, but the India-spec model might be a little different.

As usual, the new Swift will share a lot of its components with the Dzire – however, upfront the car gets a sportier F-Type-esque grille. On the engine front, expect the current generation motors, for the third time, to be carried over on the new car. The petrol engine is a 1.2-litre K-Series that produces 83bhp and 115Nm, while the diesel is the ubiquitous Fiat-sourced 1.3-litre motor with 74bhp and 190Nm.

The Swift has never been offered with an automatic transmission in India. However, it could change with the new model as Maruti Suzuki has introduced either AMT or CVT gearboxes on most of its new cars. Prices are expected to be slightly dearer than the outgoing Swift.