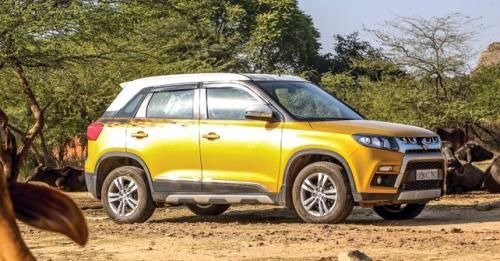 The Maruti Suzuki Vitara Brezza has been managing strong monthly sales despite there being no petrol engine or automatic gearbox option on offer.

Maruti’s first compact SUV - the Viara Brezza, has crossed the 2 lakh sales milestone in just 20 months from its launch. This has made the Vitara Brezza the highest selling UV in the Indian passenger car market.

Launched in 2016, the Vitara Brezza entered the monocoque compact SUV space to challenge the Ford EcoSport - the SUV that popularised this segment. The Brezza immediately became a hit with the Indian audience and began to outsell the EcoSport soon thereafter. Targeting the younger audience with the Brezza, Maruti also offers dual tone exteriors on the top-end ZDi+ trim.

The Brezza is a completely in-house developed from Maruti, with only its platform sourced from the Euro-spec Suzuki Vitara SUV. The Vitara name has been previously used by Maruti on the Grand Vitara premium SUV - which could never generate much sales for Maruti over the two generations it was sold in India.

The Vitara Brezza is powered by the ubiquitous Fiat-sourced 1.3-litre turbo-diesel engine that produces 89bhp and 200Nm. A 5-speed manual gearbox comes standard. There is no petrol engine or automatic transmission option on the Vitara Brezza as of now, but that might change in future.

The Vitara Brezza has remained a strong-seller despite the compact SUV space getting more competitive of late, and has been consistently averaging sales of over 10,000 units a month. The Brezza competes with the new Tata Nexon and the heavily updated Ford EcoSport.