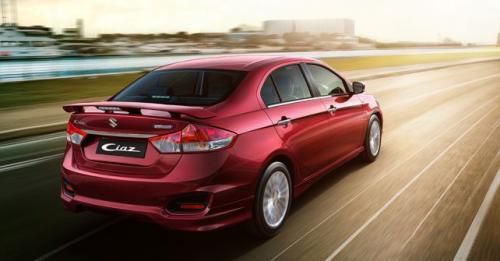 India’s leading car maker has been quietly making a transition in its brand. Gone is the old Maruti Suzuki that sold stickered and aesthetically enhanced RS versions of its car. And in came its first properly engineered RS model in the form of the Baleno RS. Also read- Maruti Suzuki Baleno 1.2 vs RS: Comparison

Unfortunately, as a part of this move the company killed off its Ciaz RS at the beginning of 2017. The Ciaz RS came with a body kit that fit it with a rear spoiler, side skirts, front lip spoiler and a body kit for the rear bumper too. Rounding off the changes was an all-black interior instead of the standard car’s dual tone theme. Gone were the faux wood inserts in the cabin, that were replaced by grey plastic trim parts.

For people who appreciated the Ciaz RS the good news now is that its back, albeit now with an S badge. Yes, the new Maruti Suzuki Ciaz S is identical to the earlier RS model complete with its black leather seats. And there is even better news as the Ciaz S only available in top-spec Alpha trim costs only Rs. 10,000 – 11,000 over the standard car. The Maruti Suzuki Ciaz S Alpha petrol is priced at Rs. 9.39 lakh while the Ciaz S Alpha diesel is priced at Rs. 11.55 lakh (ex-showroom Delhi). 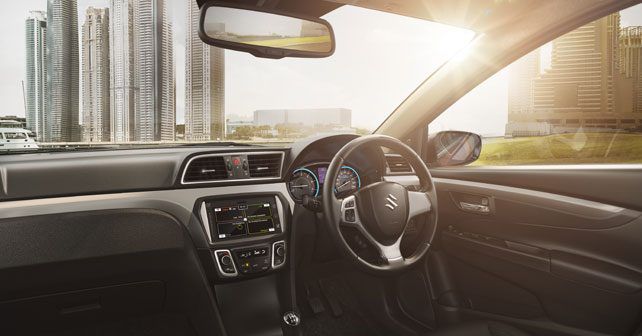 Senior Executive Director (Marketing and Sales), Maruti Suzuki, R S Kalsi commented on the launch of Ciaz S by saying, “Ciaz has established itself as one of the most progressive brands of Maruti Suzuki and has sold over 1.70 lakh units of Ciaz cumulative since its launch in October 2014. Introduction of Ciaz S will further strengthen the position of Ciaz in the market by catering to the requirements of a younger yet premium customer who believes in the sporty spirit of life.”

Maruti Suzuki states that 43 per cent of the Ciaz’s sales are accounted for by the top-end Alpha trim and the addition of the S model should be able to rope in more customers with its aesthetic enhancements.

Maruti Suzuki offers the Ciaz with safety features such as ABS with EBD, dual front airbags and ISOFIX seat hooks as standard. The car has a 4 out of 5 stars in the ASEAN NCAP crash test. Know more about it here: Maruti Suzuki Ciaz & Ertiga score 4 Stars in ASEAN NCAP