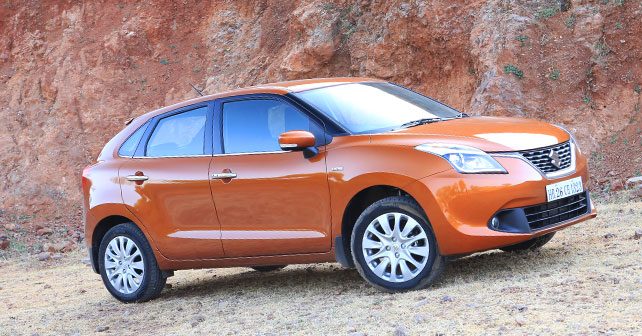 India’s largest passenger car maker has announced a hike in prices across its model line-up ranging between Rs. 1,000 to Rs. 4,000 apart from the Baleno which bears a heavier price hike starting at Rs. 5,000 and going up to Rs. 12,000. The new Maruti Suzuki Baleno was launched in October of 2015 and was priced between Rs. 4.99 lakh for the entry level petrol variant to Rs. 8.11 lakh (ex-showroom Delhi) for the top end diesel variant.

The Baleno has been lauded for its attractive pricing that makes it relatively more affordable in comparison to other premium hatchbacks. Maruti is also offering safety features such as ABS with EBD and dual front airbags as standard in the Baleno. These facts combined have seen customers take to the car rather well as sales of the Baleno have only been increasing since its launch. As of December 2015, Maruti sold 10,572 units of the car, making it the sixth highest selling car in the country. In fact it would appear that sales of the Swift have taken a hit due to the Baleno as prices of both models overlap among variants. The heavier price hike then will increase the gap slightly between prices of both cars.

Maruti Suzuki is not the only car maker to hike new car prices as a number of other car makers have also hiked prices owing to rising input costs.

Maruti Suzuki currently sells 15 models in India ranging from the Alto 800 to the S-Cross. The company will be adding more models in times to come. Here is what they plan to showcase at the upcoming 2016 Auto Expo in Greater Noida