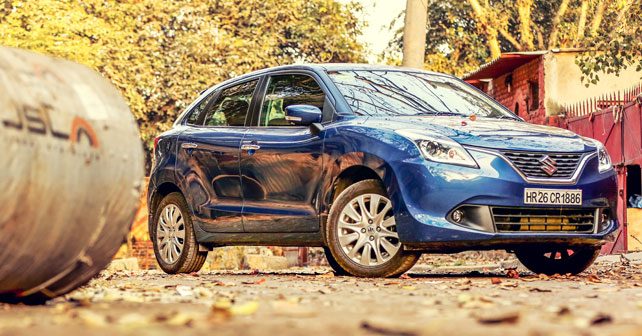 India’s largest car manufacturer, Maruti Suzuki, has just announced its biggest ever recall in the country. As per the company, the manufacturer will be calling back 77,380 units of the Baleno hatchback and DZire sedan to update the airbag controller software and replace a faulty fuel filter.

Of the total cars recalled, 75,419 units of the Baleno hatchback are affected, including 17,231 units of exports. These units were manufactured between August 3, 2015 and May 17, 2016 and comprises both petrol and diesel variants. While all of these cars will have to be brought in for an airbag controller software update, 15,995 units of Baleno diesel produced from August 3, 2015 till March 22, 2016 will also be inspected for a faulty fuel filter. The remaining units that are affected by the recall are of DZire diesel - 1,961 units of the AGS (or AMT-equipped) version will be inspected over a faulty fuel filter. The manual version of the compact-sedan is unaffected.

Maruti Suzuki dealers will start calling the owners of affected vehicles starting May 31, 2016 so as to fix a service appointment for the repair work. As is with all the recalls, everything will be done free of cost. Customers can visit the manufacturer’s official website (www.nexaexperience.com for Baleno and www.marutisuzuki.com for DZire) to check if their respective cars are being recalled or not.

Maruti Suzuki’s current recall comes hot on the heels of the S-Cross ‘service campaign’ from last week. The manufacturer called back 20,427 units of the S-Cross to replace faulty brake calipers. Ford also recalled 48,000 EcoSport models to fix a new bundle clip on the fuel and brake lines earlier this week.