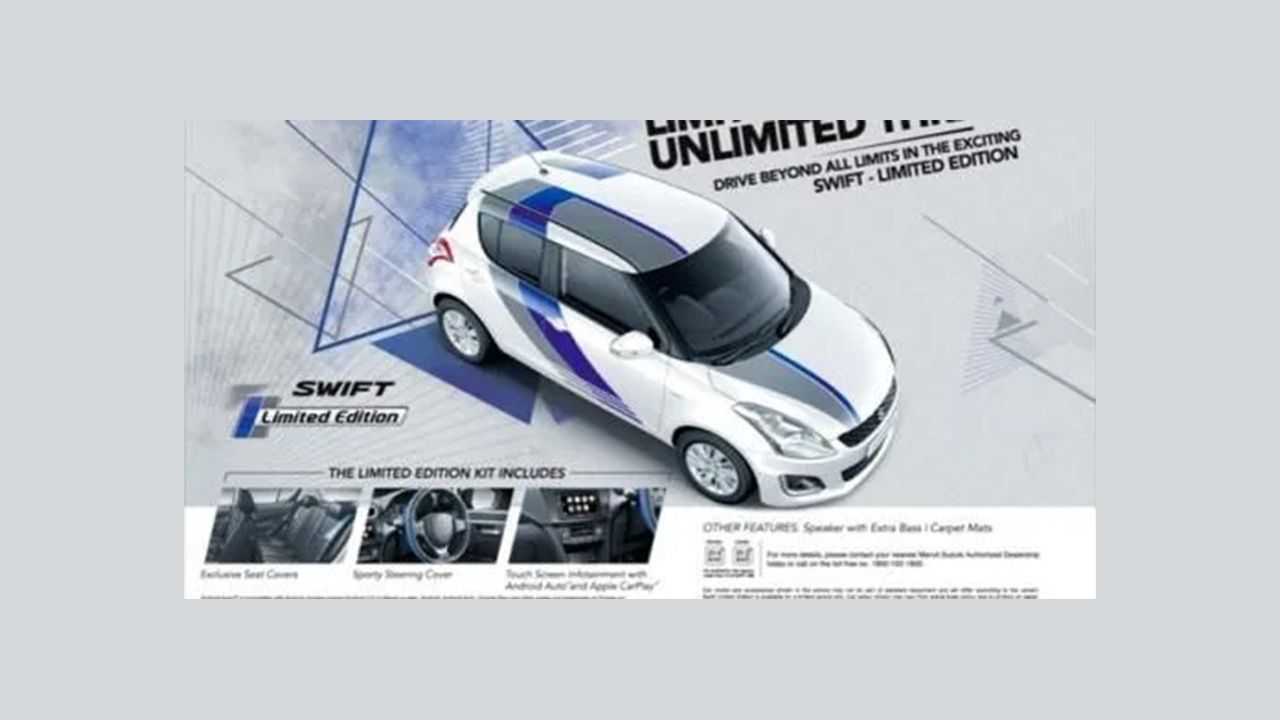 Maruti Suzuki has launched a special edition model of the soon to be replaced current generation Swift, called the Swift Limited Edition.

The Swift Limited Edition slots in between the base L and the mid-spec V variants of the car. It is priced at Rs. 5.44 lakh for the petrol and Rs. 6.39 lakh for the diesel model - both ex-showroom, Delhi.

As with most special edition Marutis, the Swift Limited Edition gets garish body stripes on its hood, roof and doors. On the inside, there are standard seat covers and a steering wheel cover - all of which echo the colour scheme of the exterior graphics. Additionally, carpet mats come standard.

Perhaps the most useful addition on the Limited Edition is the addition of a touchscreen infotainment system with support for Android Auto and Apple CarPlay. Maruti claims that speakers have been upgraded to provide better bass.

There is absolutely no mechanical change on this special edition Swift. You get the very same 1.2-litre K-series petrol and 1.3-litre DDiS diesel engine options, both mated to a 5-speed manual gearbox.

It is safe to assume that Maruti Suzuki has launched this Swift Limited Edition in an effort to clear the stocks of the current generation model. All-new Swift has already been on sale in global markets since early 2017. However, the car’s India launch was pushed back because Maruti prioritised the launch of new Dzire in India.

Come Auto Expo 2018, and the India-spec new Swift will be unveiled in all its glory. Expect the new car to be powered by the same set of engines as the outgoing model.  The new Swift will be sold through Maruti’s Arena showroom channel.