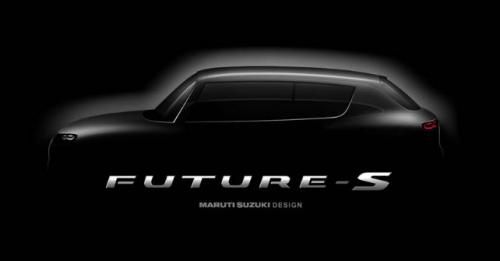 Maruti Suzuki has just shared a teaser image of a concept they will unveil at the 2018 Auto Expo next month. Christened Concept Future S, this one is expected to be the base for an upcoming sub-compact SUV positioned below the Vitara Brezza. While details of the soon-to-be-unveiled concept are scarce, in an official statement Maruti Suzuki has claimed that it will “re-define compact car design language”.

Along with the press release, the Manesar-based car maker has also shared a teaser image. Although the teaser doesn’t reveal too much information, the overall silhouette does reveal a few details. Uniquely, the Concept Future S sports a flat horizontal hood and a near vertical A-pillar. This should help Maruti Suzuki to make space on the inside and at the same time ensure good visibility all around. Maruti Suzuki says that the sub-compact SUV will have a high seating posture and good ground clearance.

Speaking about the Concept Future S, Mr.CV Raman, Senior Executive Director (Engineering), Maruti Suzuki India Limited, said, “The increasing preference for UVs and their bold architecture inspired our design team to study a new character for compact cars. Concept Future S could mark a distinctive shift in how compact cars are shaped and designed in India in the future.”

The company hasn’t revealed any engine specifications as yet, but it is expected to have a 1.2-litre petrol motor and Maruti’s upcoming 1.5-litre diesel mill. While the company will only unveil the concept at the 2018 Auto Expo in February, it is safe to expect an official launch in 2019. When introduced, it will be positioned alongside the Ignis and will compete against the likes of the Mahindra KUV100.