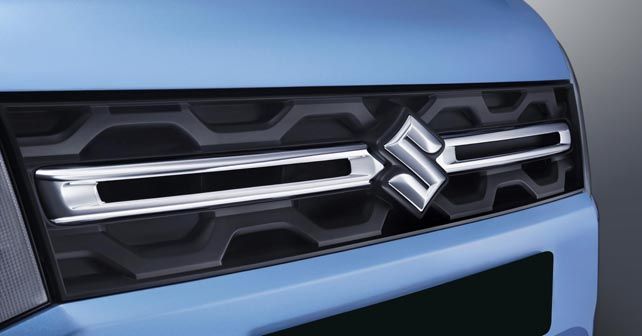 While Maruti Suzuki already has numerous green power initiatives under its belt, the homegrown carmaker is all set to add another one to the tally as it will soon commission a 5MW Photovoltaic Solar Power plant at its Gurugram facility. Maruti Suzuki claims that renewable sources of energy contribute to as much as 95 per cent of its total energy use. This 5MW plant will complement the Gurugram facility's natural gas-based captive power plant.

The foundation stone for the same has already been laid. This will also be the second grid-based solar power plant to be set up by Maruti Suzuki, as the first one came up in 2014 in Manesar. However, this new plant will be of the largest capacity to date as the first plant has an installed capacity of just 1.3MW. 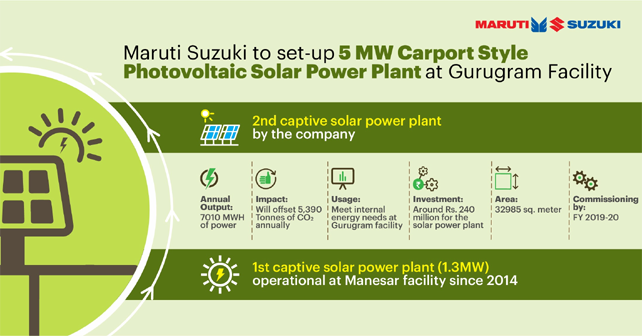 Another key highlight of this new power plant is that it will be built following a 'carport style' setup, meaning that the solar panels will also form a roof for the new car parking area. With this, the entire stock of new cars won't have to suffer from any surface damage/discolouration due to harsh weather conditions. Over the next 25 years, Maruti Suzuki aims to cut down CO2 emissions by about 5,390 tonnes per annum, for which it will invest around 240 million rupees (₹ 24 crores).

Sharing his thoughts on the company's green power initiatives, Mr Kenichi Ayukawa, MD & CEO of Maruti Suzuki India Limited said, 'Solar energy is abundant, versatile and efficient. This solar power initiative is in line with the company’s philosophy to adopt environment-friendly technologies and lower CO2 emissions. Through this solar power plant facility, we will harness renewable energy for our business needs over the next 25 years. Maruti Suzuki is committed to expanding its environment care initiatives in products, in manufacturing processes and in business operations.'