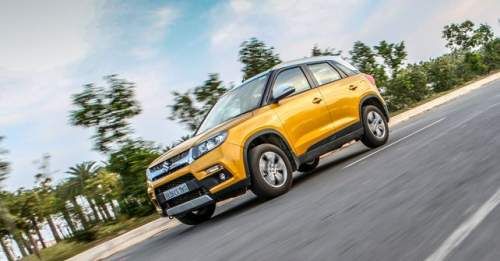 The milestone has been achieved in just less than one year.

Maruti Suzuki took a while to enter the crossover or compact SUV segment. But when they did finally make the debut with the launch of the Vitara Brezza, they seem to have done more than a few things right. It has been a little less than a year since its launch and the car has already registered sales of over 1 lakh units. The compact SUV crossed had registered sales of 50,000 units within seven months of its launch in October 2016. Surprisingly, Vitara Brezza has been among the few cars sales of which haven’t been affected by demonetisation.

Since the time of its launch, the Vitara Brezza has been appreciated for its styling, reliability efficiency, handling and features. So much that the car not only ranked among the Top 5 cars in our annual ‘Best of’ awards but also took top prize as the coveted Indian Car of the Year 2017.

Interestingly, the Vitara Brezza has managed to record 1 lakh sales despite just having a diesel engine on sale. Under the hood, the Maruti Suzuki Vitara Brezza sports the tried and tested 1.3-litre diesel motor that develops 88.5bhp and 200Nm. This engine only comes mated to a 5-speed manual transmission – there is no automatic on offer as yet. The Vitara Brezza has been holding its own against promising cars like the Ford EcoSport, Hyundai i20 Active and the likes.