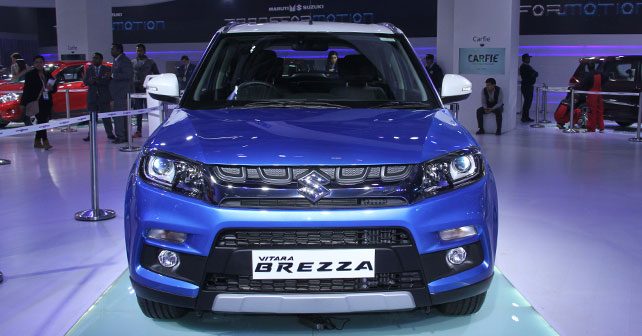 The Maruti Suzuki Vitara Brezza can be had in 6 variants but, which one offers maximum bang for your buck? Find it out in the story below...

The Maruti Suzuki Vitara Brezza was only launched recently. Given how aggressively the manufacturer has positioned the compact-SUV in the market though, it looks like they've got a winner on its hands. The fact that the Vitara Brezza has garnered over 2,600 bookings within two days of launch is a further proof that Maruti Suzuki has another best-seller in the making.

Apart from a tempting price-tag, one of the key USPs of the Vitara Brezza is its features and equipment. The top of range variants come fully equipped with some segment first features such as projector lamps, touchscreen infotainment with navigation system, Apple CarPlay, etc., while the entry-level models are decently equipped as well. Let’s take a detailed look at what each of the Vitara Brezza variants has on offer to the consumer.

Maruti is offering the Vitara Brezza in a choice of 6 variants, namely – LDi, LDi (O), VDi, VDi (O), ZDi and ZDi+. The LDi and LDi (O) variants are identical to each other save for the added safety equipment in the latter – same is the case with VDi and VDi (O) variants.

The base variant of the Vitara Brezza comes with a decent bit of kit on offer. The LDi gets driver’s airbag, engine immobilizer, audio with CD player and USB, AUX, Bluetooth connectivity, front power windows with auto-down driver window, electrically adjustable ORVMs, tilt-steering, manual air-conditioning and rear seat flip and fold. On the outside, the base model can be identified with its black skid plate and steel wheels shod with 205/60 R16 tyres. It does not have roof rails as well. The LDi variant is priced at Rs 6.99 lakh.

The LDi (O) variant  adds ABS, EBD, front passenger airbag and front seat-belts pre-tensioner with force limiters over the LDI variant. All of that for just an extra sum of Rs 13,000, taking its price to Rs 7.12 lakh. It's actually a great value for money product if you can go without some of the frills offered in the models above.

Like the LDi (O), the VDi (O) adds safety pack to the variant it’s based on. That means for an additional amount, you can equip the VDi with ABS, EBD, dual-airbags and front-seat belts pre-tensioner with force limiters. It’s priced at Rs 7.75 lakh.

The fully-loaded and range-topping ZDi+ is loaded to gills in terms of features and equipment. It adds reverse parking camera, smartplay infotaiment system with navigation, voice commands and AppleCarPlay, cooled glove box, height adjustable seat belts, push start/stop ignition system, cruise control, auto headlamps, rain-sensing wipers, ORVMs mounted turn signals and optional dual-tone exterior shades over the ZDi variant. This is priced at Rs 9.54 lakh, whereas the one with dual-colour theme will set you back by another Rs 10,000.