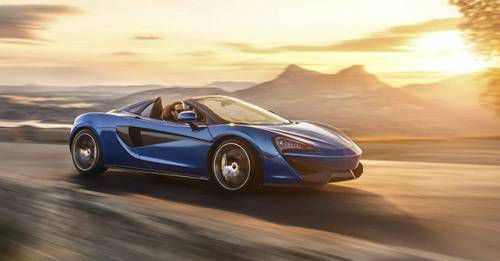 The McLaren 570S Spider has been finally revealed prior to its Goodwood debut. McLaren claims the convertible is just as quick as the coupe.

McLaren has added a new offering in their Sports Series category based on their 570 model. After much anticipation, the 570S Spider has finally been dropped and McLaren claims that despite the absence of the roof, the Spider is just as quick as the hard top. 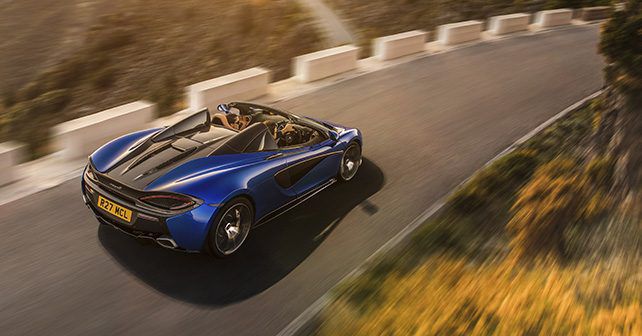 Bolted between the driver and the rear axle is the same 3.8-litre, twin-turbo V8 engine, which churns out 562bhp and 600Nm of torque, which is found in the hard-top. Despite the loss of rigidity from the missing roof, the 570S Spider can accelerate from 0-100km/h in 3.2 seconds, which is identical to the coupe. Though McLaren claims that the soft top 570S Spider is just as rigid as the 570S coupe, the convertible is only a tenth slower to 200km/h from a standstill. However, the 570S Spider does feature a slightly longer spoiler to maintain a similar amount of downforce.

With the soft-top roof up, the 570S Spider can manage to hit a top speed of 328km/h, but with the roof down, that number drops slightly down to 315km/h. 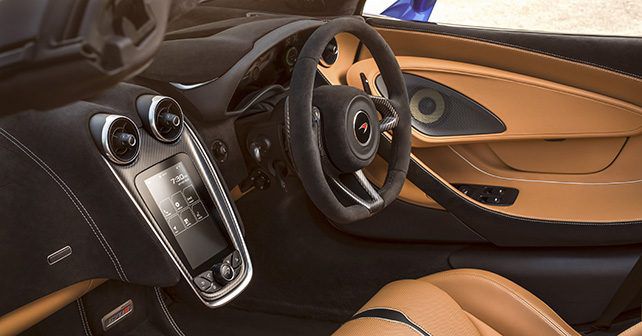 While the added weight of 58kgs on the convertible, will only play as a penalty on a race track, it is needless to say the 570S Spider on the road will only allow for the exhaust note from the V8 more pronounced to the occupants.