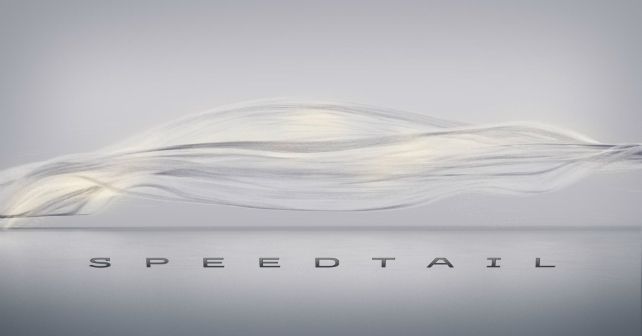 McLaren’s fastest hypercar – the BP23 finally has a name, and it is Speedtail

In March, McLaren released sketches of a new offering that they claim will be its fastest offering ever. Interestingly, the company only released the sketches and revealed its internal codename BP23 – an abbreviation of Bespoke Project 2, three-seater. While we still wait for official images, McLaren has finally given it a name – Speedtail.

McLaren hasn’t revealed any engine specifications or other details of the car as yet but it will come with a petrol hybrid powerplant like the P1. Only 106 units of this Hyper-GT will be produced, and unsurprisingly, all of them have already been allocated. Each of these units will be customised by the McLaren Special Operations (MSO) as per the requirement of the customers. Just like the McLaren F1, this one too will have a 3-seat layout with a central driving position. The Woking-based carmaker says this will be the most luxurious hypercar ever, making it the first authentic competitor to the Bugatti Chiron. Production of the McLaren Speedtail is expected to begin towards the end of 2019. McLaren has announced that it will be priced at £1.6million (Rs 14.41 crores).