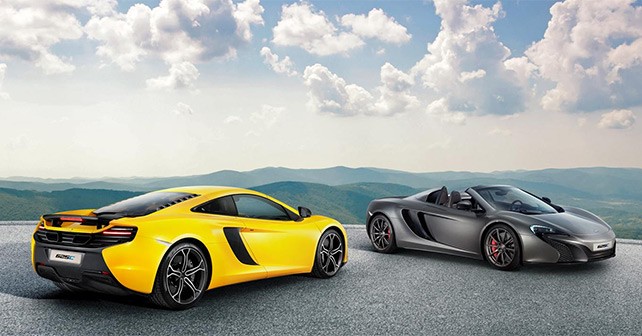 For the first time ever, the legendary British super car maker, McLaren, is introducing its first ever regionally-tailored model - the 625C - exclusively for the Asian market. The C stands for "Club", and as the name suggests, it is a slightly cheaper and  less powerful version of the 650S.

The Asian market has seen the biggest area of growth for McLaren Automotive over the past two years, not least with the entry into China in September 2013. Sales are also set to grow from 20 percent in 2013 to more than a third in 2014. The McLaren 625C is being launched in response to customer demand in the Asian region, and it shares the same visual drama of the 650S, but with an increased focus on day-to-day usability and comfort.

The new McLaren 625C will initially be launched in Hong Kong, with Coupe and Spider bodystyles both immediately available. Selected other markets across the Asia Pacific region will be announced in the coming months. There is no word yet on weather or not McLaren will make its way to India, but we sure hope it does.