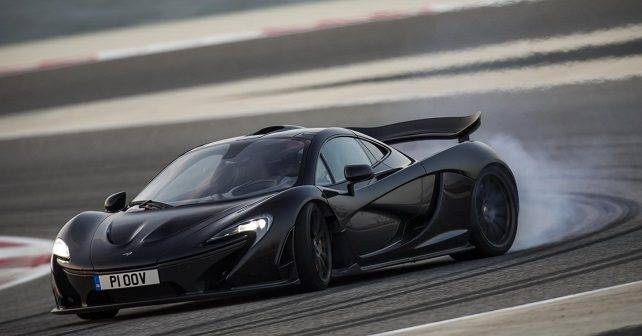 McLaren has rolled out the 375th and the final P1 off the production line in Woking, bringing an end to one of the fastest and the most technologically advanced cars in today’s era.

Clad in pearlescent orange, the 375th P1 features subtle styling elements in raw carbon fibre weave, with the finish only visible externally on the splitter, diffuser and the aerodynamic blades along the lower body, while the wheels are finished in silver.

The P1 is successor to the legendary McLaren F1 roadcar, which was the fastest production car in the world at the time of its launch. A GT version of the F1 took outright victory on its debut at Le Mans, beating prototype race cars at the fabled 24 hour race.

Revealed at the Paris Motor Show in 2012, the McLaren P1 boasts a 3.8-litre twin-turbo V8 engine that produces 903bhp and 900 Nm of torque. The hypercar can accelerate from 0 to 100km/hr in just 2.8 seconds, before topping at an electronically controlled speed limit of 350 km/hr.

The P1 extensively employs carbon fibre - a technology pioneered by McLaren in Formula 1 in 1980s - with the result that the car weighs only 1,450kg.

McLaren will continue production of the track-only P1 GTR that churns out 986 bhp, 83 horses more than the already powerful P1.

Commenting on what one should expect from the successor to the P1, Mike Flewitt, Chief Executive Officer at McLaren Automotive said, “The McLaren P1™ has already established itself as an icon and any car that is to continue the lineage of the Ultimate Series will need to be a worthy successor - a significant step change in technology or performance is required to ensure this is the case. The future is undecided at this stage, which is an exciting proposition.’