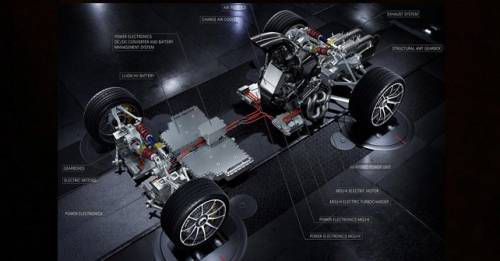 The F1-based Mercedes-AMG Project One hypercar will come fitted with a 1.6-litre turbo V6 and four electric motors.

That Mercedes-AMG is developing an F1-based hypercar for the road is not a hidden thing anymore. The firm itself made it public that it’s building an ultimate performance machine that takes inspiration - as well as the powertrain, it goes without saying - from its multiple championships winning Formula One car. Thus far, Mercedes-AMG only shared a couple of teasers with us, but with the upcoming hypercar’s debut around the corner - 2017 Frankfurt Motor Show in September, in case you’re wondering - the firm has revealed the details pertaining to the powertrain of the car. Suffice it to say, the spec-sheet looks mighty impressive!

Codenamed “Project One”, the hypercar will incorporate Mercedes’ 1.6-litre turbocharged V6 from the F1 car. But, instead of using two electric motors, it’ll have four motors. The internal combustion engine will develop around 750bhp on its own, whereas the electric motors will add about 250bhp more, taking the maximum power output to over 1,000bhp! Not only that, the engine will have a redline set at 11,000rpm and have an impressive thermal efficiency of 40 per cent. Power transmission duties will be carried out by an eight-speed automated transmission – for a simple fact that a dual-clutch or torque converter can’t keep up with the high-revving nature of the engine.

Unlike an F1 car, all the horsepower is transferred to all four wheels in the hypercar. And that’s precisely where the two additional motors come to play. The two electric motors are directly connected to front wheels, making it an AWD system. In electric mode, the front motors will propel the hypercar on their own with a claimed range of up to 25 kilometres. The other two motors work in conjunction with the engine - that sends the drive to the rear axle -  all the time, but do not power the wheels directly – one motor drives the turbocharger while the other is connected directly to the crankshaft.

Mercedes-AMG will only produce 275 examples of the Project One hypercar with each carrying an eye-watering price tag of 2.4 million euros. However, what’s even more surprising than its exorbitant price tag is the fact that all of the units have been already spoken for! 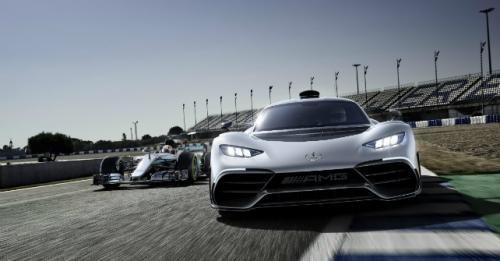