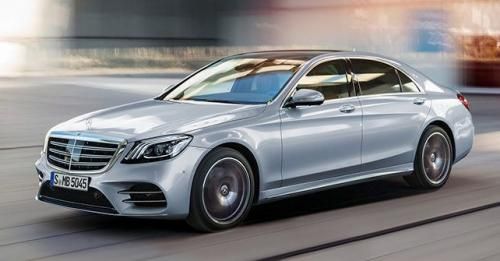 Globally unveiled in April 2017, the facelifted S-Class is finally making it to India.

Mercedes-Benz has officially confirmed that the updated version of its flagship S-Class saloon will be launched in India on February 26, 2018.

Design wise, the updated S-Class gets minor changes, lending a fresh look to the exterior and the interior of the car. There are new bumpers at the front and rear and upgraded lights too. The headlights now feature three streaks of LED daytime running lights, which is Merc’s new way of defining their saloons – the E-Class gets two streaks, while the C-Class gets one.

On the inside of the updated S-Class, Merc has gone for a minimalistic approach. The feature-rich interior of the pre-facelift model that was made from rich materials has gotten richer with subtle changes all around. The two-spoke steering wheel has been replaced with a three-spoke that features an all-new design with an integrated trackpad. Mercedes has also included new upholstery offerings, while the infotainment system has been updated and now has a single-piece glass display. 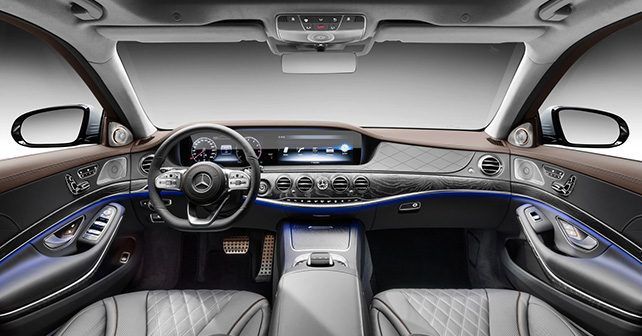 The S-Class facelift will also be BS VI compliant. The German carmaker has already showcased India-spec S350d, which is capable of running on BS IV grade fuel while meeting BS VI emissions norms. This change now gives the engine more power, enabling it to produce 281bhp, but a little less torque, 600Nm, in comparison to the outgoing BS IV model. This model will also be joined by the S400 petrol and the range-topping AMG variant.

The outgoing Mercedes-Benz S-Class starts from Rs. 1.19 crore (ex-showroom, Delhi). Expect the new model to cost a bit more. The car competes in India with other luxury saloons like the BMW 7 Series, Jaguar XJ L and new Lexus LS 500h. Previously, at the 2018 Auto Expo, the company launched the uber-luxurious Mercedes-Maybach S 650 and S 560 at Rs. 2.73 crore and Rs. 1.94 crore, respectively.